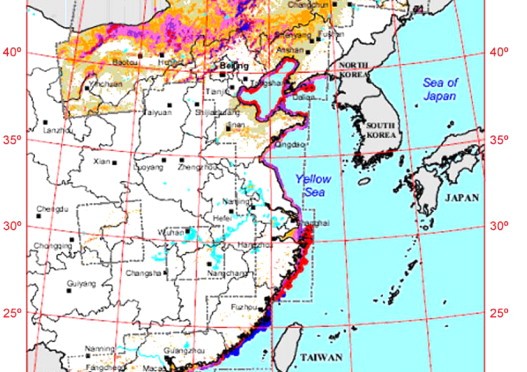 The NDRC notice said the policy was designed to encourage the development of China’s rich offshore wind power resources.

China’s total installed wind energy capacity stood at 82.27 gigawatts by the end of May, up 23.1 percent on the year and amounting to 6.6 percent of the national total.

China’s power grids will pay 0.75-0.85 yuan ($0.12-0.14) per kilowatt-hour for electricity produced by offshore wind turbines, the country’s state planning agency said on Thursday in a bid to encourage more investment in the sector.

The National Development and Reform Commission (NDRC) said in a notice on its website (www.ndrc.gov.cn) the on-grid tariff would be paid to wind farms completed and put into operation before 2017.

Prices for projects launched after 2017 will be adjusted in accordance with technological improvements and changes in costs, the NDRC said.

Analysts with China’s CI Consulting, an industrial research firm, said in a note that while the new price would not completely cover the current costs of offshore wind installation, it would ease worries that electricity generated by offshore wind power would be refused by the grid.