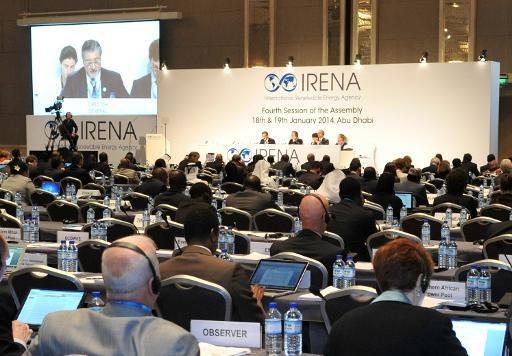 As the global community faces important energy choices, the International Renewable Energy Agency (IRENA) director-general has called on all governments to scale up their renewable energy investment in order to reach a ” sustainable energy future.”

Adnan Amin told Xinhua in an interview that “IRENA’s vision is to be the global voice of renewable energy worldwide and support the transition of all countries to a sustainable energy future.”

Right now, the agency works with 170 governments and is focused on bringing countries “together with other stakeholders and players in the field of clean energy,” Amin said.

In IRENA’s latest report: ReMAP 2030, the agency requested the international community to double their renewable energy goals during the next 16 years.

The organization’s report on renewable energy, which was launched in Abu Dhabi, capital of the United Arab Emirates, earlier this month, has set a target goal of 36 percent and has asked the international population to decrease their intake of oil and gas by 15 percent.

Even though this goal seems lofty, Amin said, “It is possible.”

One specific example of a country setting up a strong renewable energy structure is China, he said.

At the moment, “Chinese leadership is extremely concerned about the pollution issue in Chinese cities and that has been one of the big drivers for the deployment of renewables,” Amin said.

The 14 gigawatt PV generation is equal to 14 billion watts. Amin said, “a few years ago, many people thought this was not possible.”

But, right now, “(the country) is continuing to maintain the trajectory of growth” and they are transforming their economy, through renewable energy investment, he said.

Thus, “China is growing fast” and is taking positive steps towards a sustainable future.

Yet, some countries are still struggling to find their footing because of the costs associated with increasing national access to renewable energy.

One specific case is the continent of Africa.

“One of the areas that we are concentrating on right now is the continent of Africa,” Amin said.

“Africa is one of the poorest energy continent’s in the world because they have millions of people who have no access to modern energy sources,” he said. “So we think renewable energy will provide a resource for people who are not connected to (the energy) grid.”

The IRENA head pointed out that though a grid is very expensive, it is necessary for a country to distribute energy nationally.

Amin said this grid will be “giving energy access to people who are not connected to the grid,” thus it will dramatically change their lives.

So the African continent is “faced with a big choice,” because of the size of the continent and its standing in the renewable energy market.

Amin said the eastern part of Africa’s energy demand will quadruple by 2015 and the southern countries of the continent will triple by 2015.

Thus, the continent as a whole will have to power three or four new Africa’s in 16 years, he said. However, he said that “if clean energy is a solution for the continent, it will keep the world away from climate change.”

“I come from Africa myself,” Amin said, citing his personal experience with the continent.

“As a Kenyan, I can already see the growth around geo energy, wind energy and solar in Kenya,” he said, adding that the “African markets need to be bigger to attract capital because Africa has massive resources.”