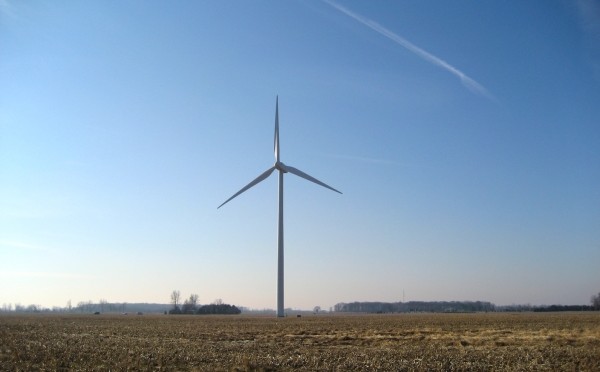 Wind projects currently under development in Ohio represent an approximately $2.5 billion investment which, if fully developed, could provide approximately $220 million in local tax payments and approximately $180 million to landowners over the projects’ lifetimes.

The setback provision was adopted by the legislature only after public testimony on the bill ended. Relevant stakeholders like AWEA, the Ohio Power Siting Board (OPSB), and wind energy developers active in Ohio were not able to provide testimony or technical data on the setback provisions and the resulting impacts.

“The current wind energy development regulatory process in Ohio protects public safety and health, and is already one of the most restrictive in the country,” said Gramlich. “The existing setback requirements were updated just eight months ago. By requesting the Governor to line item veto, we are asking for the opportunity to engage in a constructive dialogue about wind energy development in Ohio. If applied to existing wind facilities already in operation, the proposed new regulations in H.B. 483 would have significantly reduced the number of turbines – rendering them economically unviable, and could shut the door on up to $2.5 billion of additional investment.”

For example, had these proposed setback standards been applied to the state’s largest wind farm, Blue Creek in Van Wert and Paulding Counties, when it was developed, the number of turbines comprising the facility would be reduced from 152 to 12. Other proposed wind farms would be similarly impacted, and the resulting limited number of potential turbines would make these potential new investments uneconomical. Unless the Governor vetoes this portion of H.B. 483, Gramlich said, these proposed regulatory changes would effectively shut down wind energy development in Ohio, and cost Ohio taxpayers and leaseholders hundreds of millions of dollars in lost revenue.