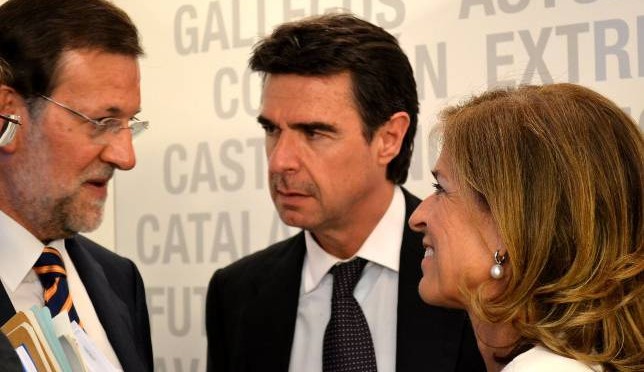 The regulation includes variations for a range of technologies – including wind energy, Concentrated Solar Power, photovoltaic and biomass – and the year the assets were installed.

The Spanish cabinet could approve on Friday a law that will cut renewable energy subsidies as part of a drive to reduce a 30 billion euro ($41 billion) power tariff deficit, built up during years of keeping prices below regulated costs.

The new law, the thrust of which was announced by the government in July last year, set the rate of return for existing renewable energy facilities at 7.4 percent and at 7.5 percent for future operations.

Spain has passed a series of measures over the past two years cutting, and in some cases eliminating, renewable energy subsidies and a number of investors have filed international legal complaints.

“(The decree) is ready to go,” Industry Minister Jose Manuel Soria told reporters on Thursday, adding that the decision to approve it at Friday’s weekly cabinet meeting would be taken later on Thursday.

The minister acknowledged the reform was bad news for companies that invested in  renewable energy.

According to documents annexed to the reform, the government plans to cut renewable energy subsidies by 15 percent this year to 7.63 billion euros.

The new rules will be retroactive to July 2013 and many companies have already made massive provisions and writedowns in their 2013 financial results, anticipating the impact of the decree.