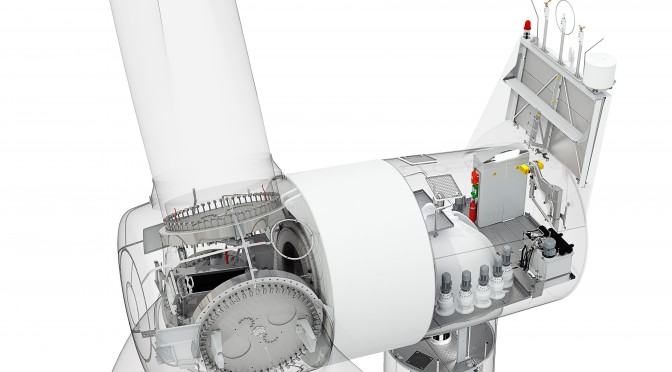 In the future, Siemens AG will position itself along the electrification, automation and digitalization. Along these value chains Siemens has identified several growth fields in which it sees its greatest long-term potential. The company is orienting its resource allocation toward these growth fields and has announced concrete measures in this direction. The measures include the purchase of the major part of Rolls-Royce’s energy business. A public listing of the audiology business will also be prepared. In addition, Siemens is making its organization flatter and more customer-oriented. This is Siemens – Vision 2020.

The company wants to expand its share plans for employees below the senior management level and increase the number of employee shareholders by at least 50 percent to well over 200,000. For this purpose, Siemens will make up to €400 million available annually depending on company performance. In addition, the launch of the previously announced share buyback program of up to €4 billion is upcoming.

The future focus on electrification, automation and digitalization is the result of the in-depth and extensive analysis begun in August 2013. Siemens has identified the fields where it will be able to achieve long-term growth and high profitability with its products and its unique technological knowhow.

In electrification and automation, Siemens already holds a clear No. 1 position in many markets. The growth fields in these two areas include the markets for small gas turbines and offshore wind turbines, which are profiting from a growing demand for secure and sustainable power supplies. The process industry, for example, offers attractive opportunities that Siemens can leverage even more intensively with its automation and drives solutions. The market for the production of unconventional oil and gas also offers attractive growth potential for Siemens.

Siemens intends to fully exploit the potential of increasing digitalization not just in manufacturing. Utilizing software and simulations, the Digital Factory makes product development considerably faster and more efficient. Data-driven services, software and IT solutions are of decisive importance as they have a substantial influence on all of Siemens’ future growth fields.

In order to take full advantage of the market potential in these fields, Siemens is realigning its organizational structures. As of October 1, 2014, the organization will be streamlined by eliminating the Sector level and bundling business into nine Divisions instead of the current 16. In addition, Healthcare will be separately managed in the future. This means that regional organization structures can be tailored to the requirements of the healthcare market and do not have to conform to the company’s organizational matrix. This will give Healthcare greater flexibility on the medical technologies market, which is characterized by fundamental changes and paradigm shifts. As part of its realignment, Siemens is also preparing the going public of its audiology business.

Bundling the Divisions and eliminating the Sectors will reduce bureaucracy, cut costs and accelerate decision-making within the company. In addition, the company’s support functions – for example, human resources and communications – are to be streamlined and centrally managed in the future. These measures, which are expected to increase productivity by some €1 billion a year, are to be fully effective by the end of fiscal 2016. To optimize cost development sustainably, the company has set a new target for total cost productivity. Starting in fiscal 2015, it is to total three to five percent a year.

As of fiscal 2015, the Divisions will be assigned target profit margin ranges excluding ppa – that is, excluding the acquisition-related amortization of intangibles. These target ranges are oriented on the profit margins of each Division’s main competitors.