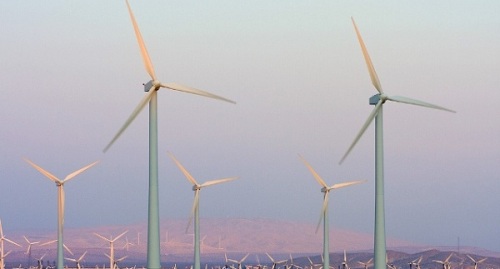 In an open and vibrant dialogue between representatives of the renewable energy sector and Iran’s chief energy policy maker, Chitchian revealed that the country has embarked on a push to add 5 GW of renewable wind and solar capacity to the grid by 2018.

Since the program began in January this year, 400 MW of projects have already begun construction, and 900 MW of RE contracts have been signed, according to the Iranian Ambassador to Germany, Ali Reza Sheikh Attar, who spoke of Iran’s “realistic aims and goals for a sustainable renewable energy future.”

The bulk of the total 5 GW comprises wind power projects, but 500 MW has already been earmarked for solar PV, with some projects already permitted licenses to commence construction or enter into power purchase agreements (PPAs).

A growing sector
During the presentation, the delegation from Iran pressed home the importance of pursuing a more renewable energy path, remarking that environmental concerns were just as high on the agenda as economic ones. Iran’s energy ministry is keen to open closer dialogue with Western investors in an effort to help meet the country’s ever-expanding thirst for electricity. Currently, the Iranian grid generates 70 GW of power, and demand is growing at 5 GW per year as the economy blossoms and citizens begin to consume more (at current highly subsidized electricity rates of just US$0.02 cents per kW, they can afford to).

To meet that growing demand, wind power has joined large-scale hydro power in the renewable fast lane (the latter of which currently accounts for 11 GW of Iran’s energy generation), but demand for solar PV energy is increasing – boosted by a domestic desire to transition to a more sustainable and environmentally friendly energy source. Chitchian responded positively to queries from the audience regarding the low solar share, stating that he would be open to increasing the level of PV capacity in Iran’s renewable energy mix.

To assist Iran’s bold aims, the ministry introduced a five-year feed-in tariff (FIT) of 4,442.00 Rials (US$0.15 cents) per kWh for power from renewable sources at the beginning of 2014. The duration of the FIT was deemed too short by some delegates in attendance, but Carsten Halle, VP for sales and marketing at Trunsun Solar Europe GmbH, told pv magazine that the high levels of solar radiation in Iran, coupled with the relatively low production costs of solar, made the FIT an attractive proposition to both consumers and the government. The government also provides grants of up to 50% of the installation costs for residential PV arrays, revealed Chitchian.

Open dialogue
Halle told pv magazine that Trunsun Solar Europe will ship solar equipment for a 25 MW module manufacturing facility in Iran within the next three weeks. Chitchian also added that there are a handful of PV manufacturers currently operating in Iran, but that a solar wafer facility has been shutdown. German-based Sanavi revealed to pv magazine its plans to enter the Iranian solar sector by delivering mounting structures to the market. The company also has one eye on eventually producing mounting equipment locally in the country.

Several attendees at the conference stressed the potential within Iran for the creation of a more decentralized electricity system, suggesting ways in which the country could develop a more renewable-friendly grid and avoid the large, centralized coal fired power plants that have often bedeviled the future renewable energy plans of other countries.

The Iranian energy minister appeared to take many of these recommendations on board, and in his closing remarks he reiterated how environmental concerns and economic realities are pushing Iran to pursue a more decentralized and renewable energy future.