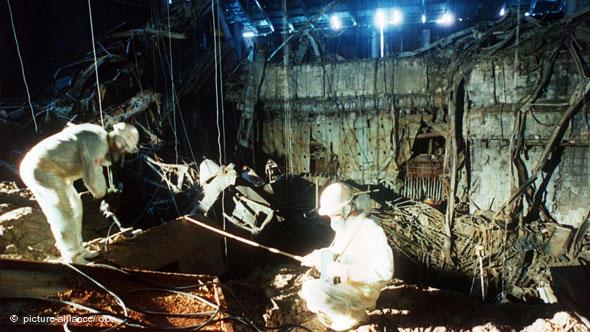 The accident at the Chernobyl nuclear plant on April 26, 1986 released large amounts of radiation into the environment, in Ukraine and across Europe. Decades on, problems continue to haunt the site.

Nearly 25 years after the Chernobyl disaster spread fear across Europe, an earthquake and tsunami triggered a meltdown at the nuclear plant in Fukushima, Japan in March 2011. Some countries have since reacted by shifting their focus away from nuclear power and towards renewable energy. Germany has pledged to close its nuclear reactors by 2022.

It’s considered to be the most severe nuclear disaster of all time: On April 26, 1986, an explosion and fire at the Chernobyl nuclear plant in Ukraine released massive amounts of radiation into the atmosphere. The Soviet Union, which at the time had jurisdiction over Chernobyl, didn’t publicize that the accident had happened until the first radiation plume set off alarms in Sweden.

Radioactive clouds spread in virtually every direction during the week after the meltdown at Chernobyl. Areas close to the plant – in Ukraine, Belarus and Russia – were heavily contaminated. Heightened levels of radiation were also measured across nearly all of Europe after the accident. The so-called ‘exclusion zone’ around Chernobyl remains off-limits to human habitation to this day.

Aside from the dozens of people who died as a direct result of the accident, thousands more were later struck with cancer. An increase in mutations and birth defects was also noted among children of people exposed to radiation, as seen in this photo from 1989. Animals in the region also suffered from infertility or birth defects after the disaster.

Although the exclusion zone was evacuated and badly-affected areas were dismantled and buried, severe effects of the nuclear disaster are expected to continue in the area for at least another hundred years. Some heavily-contaminated regions won’t be completely free from radiation and safe for human habitation for another 20,000 years, studies show.

The concrete cap built over the nuclear plant right after the disaster has been showing signs of decay recently and needs to be replaced. A new steel containment shell is currently being built on-site with more than 800 million euros ($1.1 billion) of international funding. It will be slid into place over the old sarcophagus by 2016.

Ukraine is also working on renewable energy. Wind energy, solar power, biomass and hydropower produced 1.5 billion kilowatt hours of power in the country in 2013. Although this is less than one percent, the sector is expected to grow. Development of renewable energy in Ukraine, however, has been hampered by public reluctance to try new energy-creating technologies, yet another lingering legacy of Chernobyl.