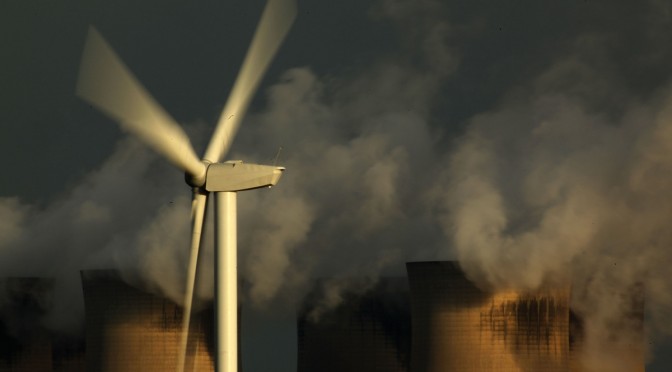 According to the EPA (US Environmental Protection Agency) about one third of US carbon dioxide emissions are generated in industry and power production. Considering that reducing carbon dioxide emissions is a key facet of climate change mitigation, it does one well to note which fuel sources generate the fewest emissions. According to data released by the IPCC (Intergovernmental Panel on Climate Change), every energy source, even renewable energy sources, have a carbon footprint. Still, there is a distinct difference between fossil fuel sources and renewable energy sources.

For example, coal blows the top of the chart at 1,001 g CO2/kWh (grams carbon dioxide per kilowatt-hour). Oil comes in second at 840 g CO2/kWh. Natural gas comes in at 469 g CO2/kWh. Of course, this is ignoring the methane (CH4) emissions from fracking that may be worse than the CO2 that natural gas itself eliminates from the atmosphere. Of course, these three non-renewable fossil fuel sources we’d expect to find at the top of the list. On the other side are all the renewable energy sources, as well as nuclear power, which has its own special problems, which don’t include carbon dioxide emissions.

At the bottom of the list, taken from a lifecycle viewpoint, hydroelectric, tidal, wave, wind, nuclear, biomass, and CSP (concentrated solar power), power stations only generate 4-22 g CO2/kWh, making them highly desirable in renewable energy generation. Geothermal and photovoltaic solar panels are the “worst” of the renewable-energy carbon dioxide emitters, responsible for 45-48 g CO2/kWh. Clearly, moving away from all fossil fuels, not just coal and oil, would be a major step forward in curbing carbon dioxide emissions.