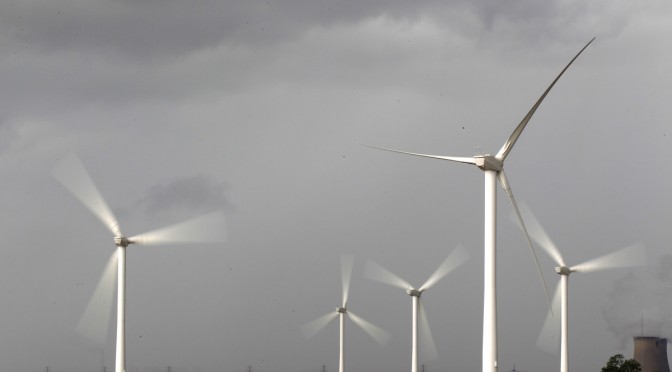 Talks are on for Slovenia’s fourth wind farm project, an area planted with energy-producing wind turbines. This is a great step towards producing more energy in an environment-friendly way. But before the building starts, local people will have a chance to express their will in a public referendum. Will they say yes to this powerful, renewable, and clean energy resource?

Slovenia is a small country that already produces a significant amount of energy from renewable resources, mainly in form of hydropower. In recent years, other alternative options have become popular, such as solar cells. At the same time, efforts were made to install the first wind farms in the coastal region, which receive a lot of wind all year round. Past wind energy projects faced many problems and not all of them are completed.

The area slated to receive new wind turbines is in close proximity to where the other three wind farm projects were started, between Razdrto in Senože?e. The initiative for the biggest wind farm so far was issued by the Ministry of Infrastructure and Spatial Planning. The possible investor is the company Vepa, whose representative Gojko Musi? said that the project is likely to cost more than 100 million Euros. They are counting on private investors and help from the European Bank for Reconstruction and Development. Project leaders looked into the possible locations of 73 wind turbines. After negotiations with local residents, they determined 50 possible locations, from which only 40 are planned to be used. But according to Musi?, not even those locations are guaranteed. He said that they needed to consult with environmentalists, archeologists, and ornithologists — basically everyone involved. And since most of the wind turbines would stand on private grounds, owners need to agree to host them.

The people will have their say in the upcoming referendum, which is scheduled for May 25th. However, the results of the referendum will not be binding for the government. Vepa says they are looking into how the wind farm would affect the well-being and health of local people, and they will only install the wind farm if they prove that it will not be damaging. They will also offer a 20% windfall from wind energy profits to the local community. This would mean around 5,000 Euros given yearly to those hosting a wind turbine on their property. And some may host more than one. The municipality would also earn a significant amount of money. Perhaps it will be exactly this last factor, the money factor, which will convince the local people to vote in favor of the new wind farm project.