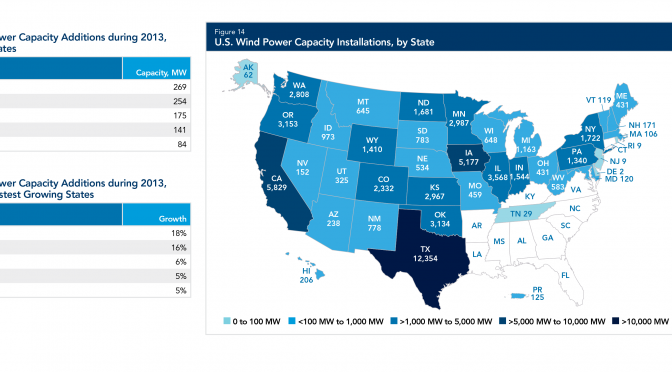 The head of the American Wind Energy Association will speak at Aquinas.

Michigan is “a wonderful case study” of many of the challenges and opportunities facing wind-generated electricity throughout the U.S., according to Tom Kiernan.

Kiernan, CEO of the American Wind Energy Association — the leading group representing commercial wind generation supporters and businesses in the United States — will explain those challenges and opportunities in detail as the keynote speaker April 24 at the 18th annual Wege Foundation Speaker Series at Aquinas College.

According to AWEA, Kiernan is one of the country’s leading experts and proponents of wind power. He will talk about the future of wind power in the U.S. and why it is important for Michigan’s economy and environment.

“Today, wind provides 4 percent of America’s energy,” Kiernan says. “We can get to 20 percent by increasing demand, reducing costs, addressing implementation issues and continuing to educate legislators and the public.”

“Michigan has tripled its wind (generation) capacity in the last two years,” Kiernan told the Business Journal, with the state now having a capacity of 1,163 megawatts under peak production conditions.

“Wind energy has been very much taking off the last couple of years” in the U.S., according to Kiernan. There are several reasons, but a major one is the drop in its cost — equal to 43 percent over the last four years, he said.

Kiernan said wind electricity cost about 9 cents per kilowatt hour four years ago but is now estimated at an average of 5 cents. One of the reasons, he said, is that the wind turbines are larger now and the amount of electricity produced “dramatically increased so the cost per kilowatt hour is less.”

Wind energy competes with coal-fired electrical generation, and Kiernan said the statistics show wind is “clearly out-competing” coal, mainly because of the huge cost for construction of new coal plants that produce less air pollution than the old plants.

Some new generating plants are being built to burn natural gas, a cleaner-burning fossil fuel that is very abundant now — and at historic low prices — throughout the U.S. and Canada, due to more efficient extraction enabled by fracking technology.

“Wind does work well with natural gas because the wind blows often but not always,” said Kiernan, and plants burning natural gas can more easily be “turned on and off,” compared to coal plants.

Kiernan said the U.S. now is second in the world in wind energy production, ahead of the European nations that had the original lead but behind China. “China passed us in the last two years,” he said.

He said wind energy also poses a potential economic benefit to Michigan, which has the plant infrastructure and manufacturing expertise to make commercial wind turbine components. The wind energy industry is encouraged and supported by state and federal policies, noted Kiernan, and those policies “need to be extended and strengthened.”

Kiernan said it is critically important for Michigan voters to advocate for wind energy.

According to Dan Bishop, director of media relations at Consumers Energy, a utility company can qualify for a federal Production Tax Credit for a wind farm, depending on when it goes into commercial operation. Lake Winds qualified, and Cross Winds will seek qualification.

The Production Tax Credit expired at the end of 2013, but as this article was going to press, Congress was considering an extension.

One controversy that continues is placement of commercial wind turbines offshore. Wind farms have been proposed in Lake Michigan over the last few years, but the concept remains controversial, even as some onshore wind farm proposals have slowed down in the wake of waning federal supports and natural gas prices that dropped dramatically.

“Michigan’s economic and environmental well-being depends on developing clean, renewable sources of electricity,” said Ellen Satterlee, CEO of the Wege Foundation, which is bringing Kiernan to Aquinas. Satterlee said Kiernan “will help show us the pathway to a sustainable future.”

Before his position at AWEA, Kiernan was CEO of the National Parks Conservation Association for 15 years and served as the founding co-chair of the Healing Our Waters-Great Lakes Coalition founded by Peter Wege and funded by the Wege Foundation. Kiernan also spent three years at the Environmental Protection Agency during George H.W. Bush’s administration.

Wege, whose father was one of the founders of the company that became Steelcase, created the Wege Foundation in 1967 in Grand Rapids. Since then it has been focused on education, environment, arts and culture, health care and community service.

Kiernan’s presentation at the Aquinas College Performing Arts Center is open to the public and there is no cost to attend.