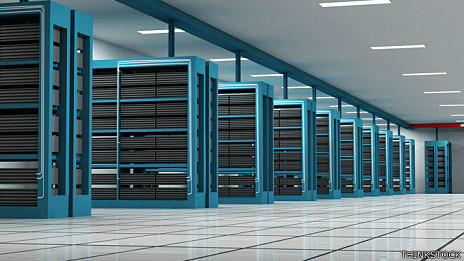 A new report released by Greenpeace says that Google, Apple and Facebook are spearheading the efforts to power the Internet with 100 percent renewable energy. The report titled “Clicking Clean: How Companies are Creating the Green Internet” details how these Internet leaders along with a growing number of other tech companies have brought about a key shift in the choice of energy sources over the last two years.

Greenpeace says that the stakes are high to make a shift to a greener Internet. If the Internet were a country, its electricity demand would currently rank sixth. Industry estimates show that Internet data is expected to triple from 2012 to 2017. Recognizing the challenge, Google, Apple and Facebook are powering the global online environment with clean energy. According to the report, these companies have demonstrated over the last two years that wind and solar are ready and waiting to power the Internet and the rest of the world economy with clean electricity.

Google has pioneered the use of power purchase agreements for wind energy to provide electricity for its services, including Gmail and YouTube. Google, along with Apple and Facebook, has pushed Duke Energy, the largest utility in the U.S., to offer new renewable energy options for large energy buyers in North Carolina. Facebook pushed MidAmerican Energy in Iowa to power its data center there with wind energy.

Apple has become the first company to achieve the goal of 100 percent renewable energy to power its iCloud. Apple operates the largest privately owned solar installation in the U.S. at its NC data center. Greenpeace says that Apple’s rapid shift to renewable energy over the past 24 months has shown why it is one of the most innovative and popular companies in the world.

Greenpeace assessed the energy choices of 19 top Internet companies, evaluating their power supply chains of more than 300 data centers. Five of these companies, which include fast-growing B2B companies Salesforce and Rackspace, apart from Google, Apple and Facebook, have committed to a goal of powering their operations with 100 percent renewable energy.

The Internet is capable of doing so much, but perhaps the idea that it can help rescue the planet from runaway global warming comes as a surprise to you.

Every time we post a Facebook status to our friends, watch the latest episode of our favorite show on Netflix, or tweet to our followers, that information is housed in giant data centers which require a lot of electricity. These data centers are a key part of the cloud, and a single one can require as much energy as a medium-sized city.

If cloud computing were a country, it would rank sixth in the world on the basis of how much electricity it uses, and the amount of data shuttling around the world is expected to triple in the next few years as more and more people get connected.

The Internet we love, and the companies that run it, are at a crossroads in terms of where their energy comes from. Many of these companies have already chosen the road to a green internet and a sustainable future. Facebook, Apple and Google have committed to 100 percent renewable energy, in response to users around the world who have asked them for a greener internet. Other fast-growing technology companies, like Salesforce, Rackspace and Box, have joined them in making the same commitment, proving that 100 percent renewable energy is 100 percent possible for any company with the will.

By contrast some of the most popular online companies, including social media sites that we use every day like Twitter, Pinterest and Tumblr, still power their platforms with fossil fuels and nuclear energy. The largest cloud company currently is Amazon Web Services, a division of Amazon.com, and hosts the data for some of the most popular online brands in the world. But unlike other major online brands like Google and Apple, Amazon is still primarily powering its digital empire with the dirty sources of energy that threaten our communities and our climate. Of course, Amazon doesn’t have to remain stuck in the energy sources of the 1800s. Energy sources like wind and solar made up for more than half of all the new electricity in the United States in 2012.

Meanwhile digital pioneers are making our world greener, both online and offline. Apple is operating the largest privately owned solar installation in the U.S. at one of its data centers. Facebook pushed a U.S. power company to supply its data center with 100 percent wind energy. Google has pioneered the use of clean power purchases, buying wind energy to provide electricity for its services like Gmail and YouTube, as well as the rest of the power grid.

If Amazon and others want to stay innovative and relevant, it’s high time they made the switch to the abundant, sustainable, renewable energy of today.

The Internet has helped move the world to more freedom, transparency and democracy. It’s only natural that it moves the world to a clean energy revolution that will last for generations to come. These companies can make that happen, but only if they hear from you.

Join me in asking our favorite Internet companies to commit to 100 percent renewable energy for their data centers.

Kumi Naidoo is the Executive Director of Greenpeace International.