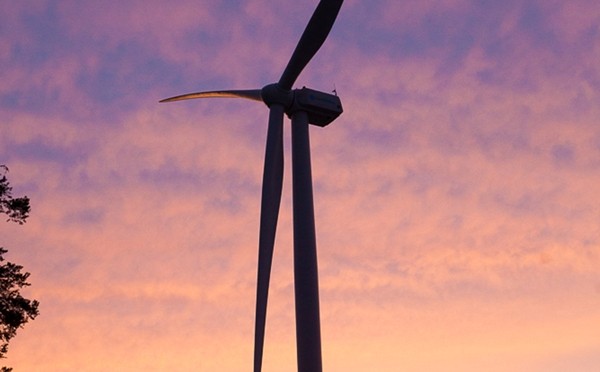 In its yearly policy paper on the fund — the world’s largest — the rightwing government also proposed giving the central bank, which manages the fund day-to-day, more power to decide when to disinvest from a company for ethical reasons.

Fed by the country’s oil surplus, the fund is currently worth 5.1 billion kroner (624 million euros, US$856 million), invested abroad in stocks and bonds and, to a lesser extent, real estate.

The central bank currently has a mandate to invest between 20 billion and 30 billion kroner in green stocks.

According to Friday’s announcement by Finance Minister Siv Jensen, that amount could be almost doubled to reach between 30 billion and 50 billion kroner.

But the proposal fell short of environmentalists’ expectations.

The head of the World Wide Fund for Nature in Norway, Nina Jensen — who happens to be the finance minister’s sister — labeled the announcement a “huge unkept promise” by the two parties in power, the conservatives and the populist right.

WWF had called for the fund’s mandate to be broadened to allow it to also invest in climate-friendly infrastructure such as wind power and solar energy, and for 5 percent of its value — 255 million kroner — to be earmarked for that purpose.

The head of environmental group The Future in our Hands, Arild Hermstad, said 31.4 billion kroner was already invested in environmentally friendly stocks and that the increase would therefore be minor.

The white paper also proposed giving the central bank more power in ethical matters, allowing it to decide what companies to divest from.

Currently, the finance ministry makes such decisions with recommendations from an independent council on ethics, while the central bank is left to execute orders.

Transferring these responsibilities to the central bank — still within an ethical framework defined by the government — would allow the fund to “speak with one voice” abroad and avoid the perception that decisions to exclude certain companies are a consequence of Norway’s foreign policy, Jensen said.

But opposition parties objected, asking to keep the council on ethics the minister wants to suppress.

The proposal could face difficulties in parliament, where the government parties are in a minority.

Existing rules prevent the fund from investing in groups involved in rights violations, in makers of “particularly inhuman” arms or tobacco producers.

Some 60 companies, including EADS, Boeing, Safran, Philip Morris and Walmart, are blacklisted from the fund.

The government also released the mandate and the members of a panel of experts set up to assess a possible withdrawal of the fund from fossil fuels.

Environmental groups criticized the selection of experts, arguing they would likely perpetuate the status quo.

Norway relies on oil revenue for nearly a quarter of its economy, and the proposal to divest its sovereign wealth fund from fossil fuels has raised eyebrows.

But climate concerns and economic self-interest may explain the paradox.

A price drop in the fossil-fuel sector would mean less state money poured into the fund and also lower returns on the stock market.