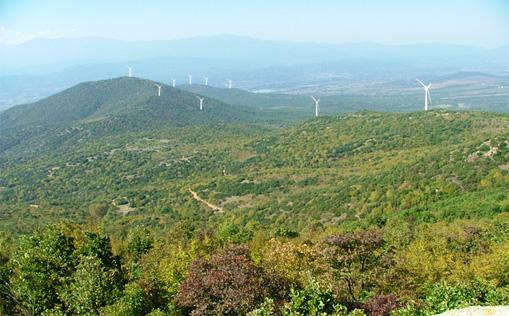 Macedonia’s first wind farm built in Bogdanci by JSC “Macedonian Power Plants” is expected to generate at least 100 GWh of naturally sustainable energy annually, which would be sufficient to supply electricity for over 60,000 inhabitants i.e. a larger city in Macedonia.

The set up and installation of 16 wind turbines ended on Feb. 20 and the farm was connected to an electricity transmission grid on March 21.

The wind farm, Pesevski said, has an installed power capacity of 37 MW producing nearly 100 kWh of electricity per year.

“We expect the wind farm to be put into operation in the next couple of months thus launching the production of the first kilowatt hours of electricity obtained through wind,” stated Pesevski.

Germany’s state-owned KfW Bank provided 80% of the value of the project estimated at Euro 56 million.