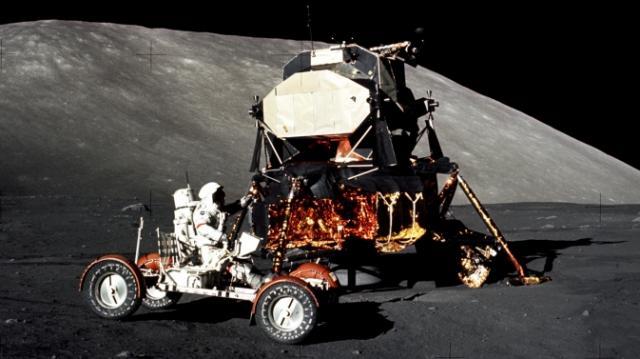 The coordinated effort announced today combines JCESR’s deep knowledge of the basic science in energy storage research with NASA Glenn’s expertise engineering battery technologies with aerospace applications. JCESR and Glenn intend to perform the required research so that NASA can identify promising technologies to develop, test and build prototypes for use in NASA missions for planetary exploration.

As part of the collaboration, Glenn will serve as a potential “first adopter” of developed high potential battery technologies suitable for aerospace applications. Some of the application areas NASA has identified for use of next generation batteries are Extravehicular Activity suits, exploratory rovers and green aviation.

NASA Glenn scientists, researchers, and engineers have a decades long heritage of making major breakthroughs in energy storage in support of our country’s exploration of space and international leadership in commercial and military aviation,” said Robert J. Shaw, Director of Venture Development and Partnerships at Glenn. “Our efforts include fundamental research, technology development, hardware system integration and performance testing.”

“We deeply appreciate the efforts of our DOE colleagues at Argonne,” added Shaw. “We’re excited and committed to this collaboration opportunity.”

“The beyond lithium-ion space is rich with opportunity and mostly unexplored,” said George Crabtree, Director of the Joint Center for Energy Storage Research. “In this collaboration, JCESR will share fundamental research results with NASA, enabling them to develop technologies that benefit the space program and, ultimately, society as a whole through commercialization opportunities with a wide range of applications.”

The Joint Center for Energy Storage Research is a major partnership that integrates researchers from many disciplines to overcome critical scientific and technical barriers and create new breakthrough energy storage technology. Led by the U.S. Department of Energy’s Argonne National Laboratory, partners include national leaders in science and engineering from academia, the private sector, and national laboratories. Their combined expertise spans the full range of the technology-development pipeline from basic research to prototype development to product engineering to market delivery. Funding for JCESR is provided by the U.S. Department of Energy Office of Science.