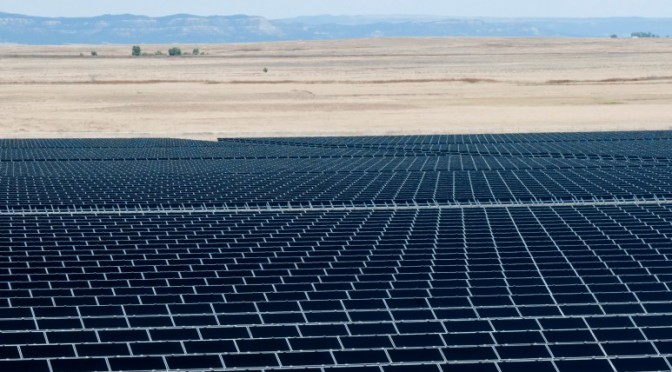 EDF Energies Nouvelles is announcing the commissioning of its first solar energy project of 30 MWp in Madhya Pradesh Indian state and the development of five additional solar projects in Rajasthan with capacity totaling 120 MWp, which it won in a call for tenders launched by the Indian government.
Development in India’s solar photovoltaic market is being led by ACME Solar Energy Private Limited in which EDF Energies Nouvelles has held a 25% interest.

Five new photovoltaic projects won in Rajasthan Five solar energy projects, with capacity totalling 120 MWp2 in one of the sunniest states of north-western India, have been awarded to ACME Solar Energy Private Limited following a government call for tenders launched by the Solar Energy Corporation of India. The projects are due to be commissioned during 2015. India boasts tremendous potential for the development of solar energy, with a capacity target of 26.4 GWp3 by 2022.

Operating in Europe and North America, EDF Energies Nouvelles is a market leader in green electricity production, with a portfolio of 6,358MW of gross installed capacity. With a development focused on wind and solar photovoltaic energy, the Company recently entered new promising markets: Israel, Morocco, South Africa and Poland, and is expanding its business in offshore wind energy. The Company is also present in other segments of the renewable energy market: marine energy, biogas, biomass and small hydro as well as in distributed energies. EDF EN manages renewable energy projects’ development and construction as well as operation and maintenance for its own accord and for third parties. EDF Energies Nouvelles is a subsidiary of the EDF Group and its renewable energy arm.