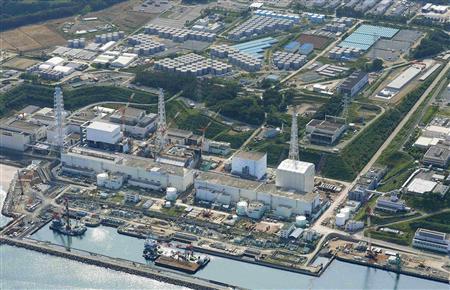 Three years after the Fukushima/Daiichi nuclear disaster, the Global100RE Ambassadors are highlighting the need to refrain from using hazardous nuclear and fossil energy sources and instead shift towards 100% renewable energy. Ambassadors of the Global 100% Renewable Energy Campaign Bill McKibben, David Suzuki, Hans-Josef Fell, Jeremy Leggett, and Ulrich Kelber call on policy makers around the world to take action as transitioning towards fossil-free societies is a matter of political will. If human beings are to preserve modernity and planetary habitability, we must soon shift to 100% renewable energy in all sectors.

The burning of fossil fuels is the main reason behind a 40% increase in CO2 concentrations since the industrial revolution (IPCC 2013). To avoid a further growth of greenhouse gas concentration, a stop of greenhouse gas emission is urgently necessary. Therefore a sustainable and efficient energy system is the prerequisite for achieving the internationally agreed upon climate protection target.

“Both present and future generations are relying on our acts right now to create a future transitionally less reliant on dirty energy,” says David Suzuki, scientist, broadcaster, author, and philanthropist. “Our dependence upon fossil resources has built a system that lacks diversity and security, threatens the health of our citizens, jeopardizes the stability of Earth’s climate, and robs future generations of clean air, clean water, and energy independence.”

The good news is that solutions exist. From North America, to Europe, Africa, Asia and Oceania communities, islands, cities and countries show that making the transition to 100% renewable energy is a political decision and an ethical imperative – the technical options do exist. The Ambassadors of the international campaign Global 100% Renewable Energy champion these success stories as encouragement and catalyst for change. “Cities and communities show that we can ramp up renewable energy dramatically and quickly. We need to carry this message around the planet fast,” says Bill McKibben, renowned author, environmentalist and founder of 350.org.

“I think that it’s very encouraging to see communities moving away from fossil resources. From them we learn that it’s possible to power a modern economy 100% with renewables, and to do it much quicker than people anticipate,” says Jeremy Leggett, founder and chairman of Solarcentury and SolarAid.

A growing global movement among local and regional governments is proving that meeting 100% of our energy demand with renewable energy is viable. “Germany is one of the frontrunners in Europe on 100% Renewable Energy with 74 regions and municipalities that have already reached 100% renewable energy status,” says Ulrich Kelber, Member of the German Parliament.

“While being an inspiration, the move towards 100% Renewable Energy is still taking place in scattered communities and regions around the globe. We need to translate these best practices into best policies on national level”, says Hans-Josef Fell, former Member of German Parliament and co-author of the German Feed-in Tariff law. “Policy makers have taken up measures nowhere near proportional to the urgency to act taking into consideration today’s crises like climate change, loss of biodiversity, resource scarcity and poverty.”

Global 100% RE is the first global initiative that advocates 100% renewable energy. It connects the fragmented dots of renewable energy advocates to build a global alliance, proving that being powered by 100% sustainable renewable energy is urgent and achievable. This unique campaign builds on projects that are already taking place on national, regional and local levels and steers the global discourse on renewable energy towards 100% RE as the new normal. The goal is to initiate dialogue about 100% RE, build capacity and educate policymakers about the opportunities, case studies and stories that are happening all over the world. For this purpose the campaign aims to establish a global network of 100% RE regions.

For further information about the campaign, please visit the website www.go100re.net.