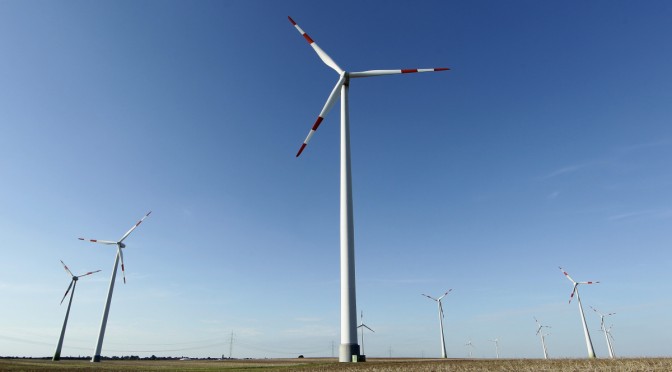 Today, GE (NYSE: GE) announced 110 megawatts of orders to supply some of Germany’s newest wind farms with its brilliant 2.5-120 wind turbines, further establishing the company as a leading supplier of renewable resources in the region. It will supply a total of 44 GE 2.5-120 wind turbines for eight new German wind farms.

“GE’s 2.5-120 wind turbines are a good fit for Germany’s low-wind speed regions. We chose these in particular because of their good cost-performance ratio, and we expect high reliability based on the long history and experience with former GE turbine types. In addition, the high ratio between rotor diameter and rated power enables us to produce a maximum of full load hours at low-wind speeds—a key factor for a successful energy transition in Germany,” said Matthias Willenbacher, CEO, Juwi Group.

The high-capacity factor of GE’s 2.5-120 wind turbine supports Germany’s “Energiewende” directive, which is focused on delivering highly effective, reliable, cost-efficient decentralized power generation capabilities to low-wind speed sites in the middle and southern portions of the country. With the use of renewable energy sources such as wind turbines, Germany can reduce its reliance on foreign energy—currently more than 70 percent of German energy is imported—while at the same time strengthening its economy through localized wind farm ownership and energy production.

GE will provide the wind turbines to Juwi, Pfalzwerke, Max Bögl Wiesner and Abo-Wind. The majority of the orders are for framework agreements with Juwi and Pfalzwerke in southern Germany, with the first project, located at Juwi’s Rehborn wind farm, currently under construction. Recent orders for GE’s 2.5-120 wind turbines at German wind farms include:

The 2.5-120 is GE’s first brilliant wind turbine to utilize the power of the Industrial Internet, which analyzes tens of thousands of data points every second to drive higher output, improve services productivity and create new revenue streams for customers.