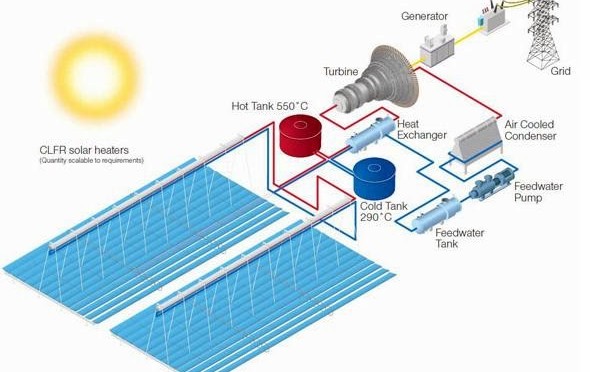 AREVA Solar Inc. will promote its solar energy technology applications during U.S. Secretary of Commerce Penny Pritzker’s upcoming trade mission to the Middle East. Scheduled for March 8 to 14, the mission will visit the United Arab Emirates, Saudi Arabia and Qatar to showcase American technology and businesses.
“As the country’s Chief Commercial Advocate, a key part of my job is to promote trade and investment and connect U.S. businesses like AREVA Solar with potential customers across the globe. The fact is that 95 percent of customers worldwide live outside U.S. borders, and that is why promoting exports is essential to our economic growth and job creation,” said U.S. Secretary of Commerce Penny Pritkzer. “The three countries we are visiting on our trade mission to the Gulf Region are among the top 50 export markets for the United States. Since the launch of the National Export Initiative in 2010, exports have increased 111% to the United Arab Emirates, 65% to Saudi Arabia, and 57% to Qatar. Clearly, the Gulf region is a critical area of focus for our nation and its businesses.”
California-based AREVA Solar works specifically with applications of Concentrated Solar Power (CSP) systems using Linear Fresnel Reflector technology. The company is in the early stages of technology deployment in Saudi Arabia and is looking to expand to additional Gulf Cooperation Council (GCC) countries. The GCC countries also represent a great opportunity to combine traditional fossil fuels with solar to produce efficient and cost-effective power solutions to help conserve oil for export.
“AREVA Solar is developing the next generation of technology here in the United States specifically for markets like the Middle East,” said Sam Shakir, CEO of AREVA Solar Inc. “We look forward to sharing our expertise to help countries in the Middle East convert their plentiful solar resources to renewable energy that will contribute to sustaining their economic growth.”
AREVA Solar’s flexible CSP systems can be configured as standalone solar power generation plants with thermal storage for nighttime power generation, steam augmentation to boost existing and new fossil power plants, and process steam for enhanced oil recovery and water desalination. The demonstration of Fresnel with Molten Salt storage, which AREVA Solar is undertaking at Sandia National Lab in New Mexico, is being done specifically for markets like Saudi Arabia.