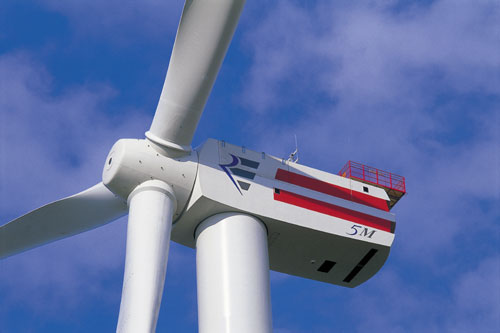 “We are in the process of consolidation of Suzlon and our German subsidiary Senvion. And negotiations are currently being carried out by the banks. Post-merger, we expect a strong capital structure that will help to raise funds and capital for the company,” Tulsi Tanti, Chairman, Suzlon Group, told Business Line.

Senvion, which was formerly known as REpower, was acquired by Suzlon in 2009. The Hamburg-based firm reported revenues of €1197 million in the first nine months of 2013-14.

According to Tanti, once the consolidated capital structure is in place, it will boost funds flow and help attract investors.

Suzlon has net debt of ?14,495 crore as on December 30. It reported revenues of ?13,631 crore during April-December 2013. Its order book stands at $7.7 billion spread across India, Canada, Belgium, the UK, France, Australia, Latin America and Germany.

India targets to double clean energy capacity to about 59 gigawatts by 2017. Its wind capacity is forecast to increase by 2,050 MW this year, topping the US in annual installations for the first time, according to Bloomberg New Energy Finance.

“Interestingly, many pension funds and foreign institutional investors (FII) from the US, Singapore and Honk Kong market have shown interest. We are confident of attracting funds post our consolidated capital structure. Being a global entity will be of advantage to us too,” said Tanti.

According to postal ballot notice of February 25, Suzlon seeks shareholders’ nod to enhance borrowing limit from ?10,000 crore to ?20,000 crore.

Last year, the wind energy sector saw a slow down. This was primarily because of lack of policy frameworks globally, lower funding for the wind industry, an economic downturn in Europe. In India, the withdrawal of generation-based incentive (GBI) and accelerated depreciation (AD) affected surplus capacity of wind production, which resulted in negative growth.

But, the positive sentiments are back, feels Tanti. “The US has just released its renewable energy policy, India too, has come out with GBI. European economy has stabilised and momentum has begun for its 2020 target of 20 per cent renewable energy. Financial markets have stabilised, so funding is available,” he added.