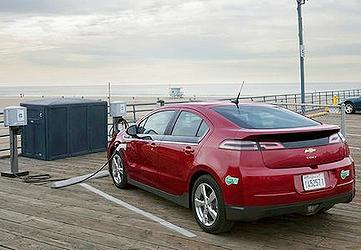 One million electric vehicles in 10 years is the goal of a new bill introduced in Sacramento.

The “Charge Ahead California” bill is geared toward improving air quality, especially in low-income communities most impacted by pollution.

Michelle Kinman, clean-energy advocate for Environment California, one of the bill’s sponsors, said the bill would expand current rebate programs for electric vehicles “by improving access to credit for low-income community members, as well as looking to do some pilot programs for car-sharing and putting charging infrastructure into multi-family apartment units.”

Cars and trucks are the single largest source of global-warming pollution in California, Kinman said, and also are the largest contributor to air pollution that harms public health.

“It’s clear that we really need to accelerate the transition to electric vehicles,” she said.

Vien Truong is director of environmental equity at the Greenlining Institute, another sponsor of the bill. She’s also one of the estimated 40 percent of Californians who live near a highway or busy road.

“People who live in areas like mine have higher rates of asthma, cancer and other preventable illnesses and it’s all tied to pollution,” she said. “In fact, there are now more people dying from traffic-related pollution than traffic-related accidents.”

Other sponsors of the bill include the Natural Resources Defense Council, Communities for a Better Environment and Coalition for Clean Air.