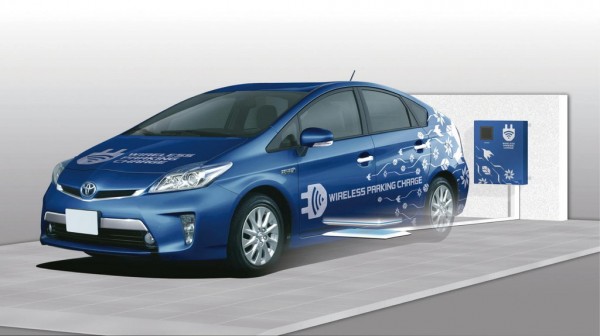 Wireless charging is nothing new, but Toyota has come awfully close to launching a version that can be used by the owners of electric cars everywhere.

With this system all you need to do in order to charge your EV is park it.

It’s not as simple as that, though. You need to park in alignment with a coil set into the surface of the ground. Still, it’s a lot better than having to unravel cables and locate connectors. Toyota charging system transmits electricity using magnetic resonance created by changes in magnetic field intensity between a transmitting coil in the ground and a receiving coil in the car.

Toyota will start verification testing of the system later this month, in hope to clear all the obstacle in the way of market launch. They have taken care, for example, to minimise any electromagnetic interference with nearby equipment, and the transmitting coil in the ground has been made robust enough to withstand vehicles driving over it.

Toyota says their wireless charging system can top up the batteries in a normal electric vehicle in approximately 90 minutes. That is not exactly fast, but a lot better than what the best of plug-in EVs can manage today.