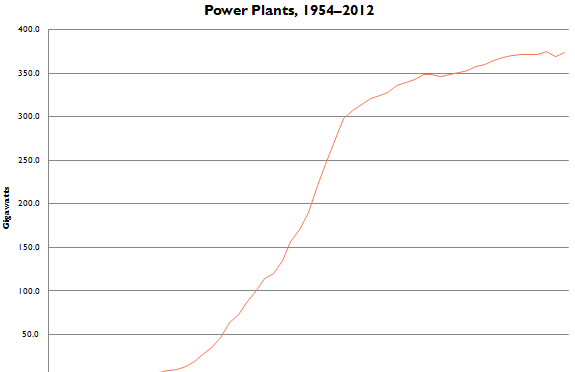 The number of operational reactors also increased in 2012 by two units, or 0.46 percent, to a total of 437 nuclear reactors worldwide.

In addition, two Canadian reactors (with 772 megawatts (MW) each) returned to service after 15 years off-line.

Since 1987, expansion of the world