Mr Runevad said in November that customers were returning to Vestas after it had shored up its finances.

Based on preliminary reporting, Vestas upgrades the expectations for the 2013 free cash flow to approx EUR 1bn compared to the previous expectation of EUR 500-700m.

The improvement is primarily driven by a better-than-expected development of the net working capital.

As earlier announced, the annual report for 2013 will be disclosed on 4 February 2014.

Vestas lifted its closely watched cash flow target for the third time in a year as the Danish wind turbine manufacturer showed further signs that its recovery is taking hold.

The world’s second-largest wind turbine maker said its free cash flow last year would be about €1bn, up from a previous forecast of €500m-€700m. It started 2013 merely predicting cash flow of just above zero.
Vestas enjoyed one of its busiest-ever months for orders in December as it unveiled a number of large US deals involving more than 400 turbines from the likes of Enel Green Power and First Wind. 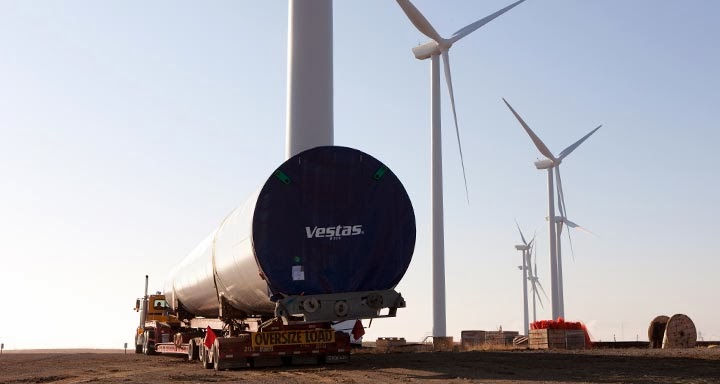 Investors have been acutely focused on Vestas’ cash flow numbers for signs of how well the restructuring was progressing, and sent the shares up in the last minutes of trading on Monday 5.5 per cent to DKr186.10. Vestas said a better than expected development in working capital was largely behind the upgrade.

But its share price is still well below its high of DKr692 from 2008, shortly before an ill-timed expansion plan from its then chief executive, Ditlev Engel.