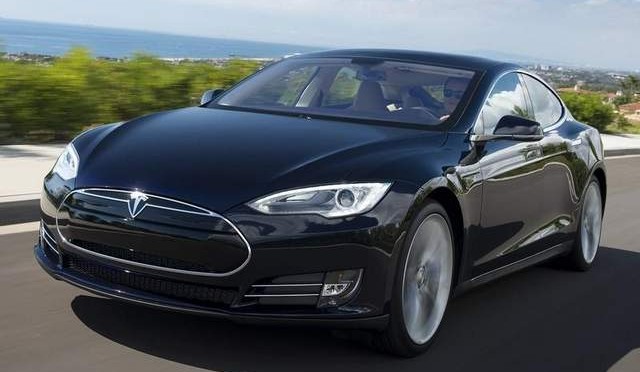 U.S. sales of electric and plug-in hybrid electric vehicles in 2013 jumped 84 percent over 2012 to more than 96,000 — as price cuts and new models helped spur additional sales.

The rise has been fueled by a big jump in Tesla Model S EV sales, which sold about 18,800 in 2013, according to Ward’s, as well as a jump in the sales of the Nissan Leaf EV. But other small EV makers collapsed, went bankrupt or haven’t brought EVs to market as planned — including Coda Automotive, Fisker Automotive, BYD and Think City.

Tesla — which was the fastest rising stock on major U.S. markets in 2013 — has faced some problems including a government investigation into battery fires in the Model S sparked by road debris striking the undercarriage. It plans to launch sales of its Model X SUV late next year.

Nissan Motor Co. said Friday sales of its electric Leaf jumped 130 percent in 2013 to 22,610, and were up 70 percent in December. Sales of Nissan’s all-electric Leaf have jumped since the Japanese automaker dropped the base price by 18 percent, to $28,800 for the 2013 model year. Nissan also added extra cargo room and an on-board charger that reduces electric charging times by half.

General Motors Co. said Friday that sales of its plug-in hybrid Chevrolet Volt sales fell 9.2 percent in December and were down 1.6 percent for all of 2013 to 23,094. The automaker also sold 6 plug-in hybrid Cadillac ELR vehicles in December and 589 Chevrolet Spark EVs in 2013. In 2011, GM CEO Dan Akerson said he wanted Volt production to be 60,000 in 2012 — but demand hasn’t met the company’s expectations.

Gasoline prices fell in 2013 and are projected to decline in 2014, making more expensive plug-in hybrid and electric vehicles a tougher sale. Still EVs are up dramatically over 2011. California — joined by nearly a dozen other states — are requiring most automakers to build some zero emission vehicles, which will prompt automakers to continue releasing EVs.

Eric Lyman of TrueCar said the rise in fuel efficiency of gasoline powered vehicles has hurt EV sales. “I think those improvements have been detrimental of alternative fuel vehicles. The value proposition for that initial investment just isn’t there. You can’t recoup that investment,” Lyman said.

Honda Motor Co. said in May it was cutting the monthly lease price of its Fit EV from $389 to $259 a month, and reducing by $130 a month the cost of existing Fit EV leases. The revised lease has unlimited mileage. It leased about 570 in 2013.

As a candidate, President Barack Obama in 2008 called for 1 million plug-in hybrid and EVs on U.S. roads by 2015. The Energy Department in 2011 released a report that estimated 260,000 EVs and plug-in hybrids would be sold in 2013, citing media reports.