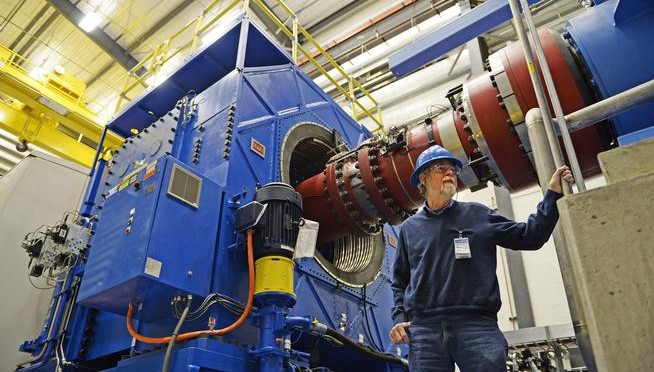 The 5-megawatt dynamometer test facility is the newest addition at the center, which is part of the Golden-based National Renewable Energy Laboratory.

The new facility is an upgrade from a 2.5-megawatt dynamometer at the center.

Land-based turbines now generate as much as 3 megawatts, and offshore turbines can generate 6. There are new turbines pushing the power output even higher.

“We need a larger platform and one that could integrate with a simulated grid,” Felker said.

The facility was financed through a U.S. Department of Energy grant.

The drivetrain of a wind turbine