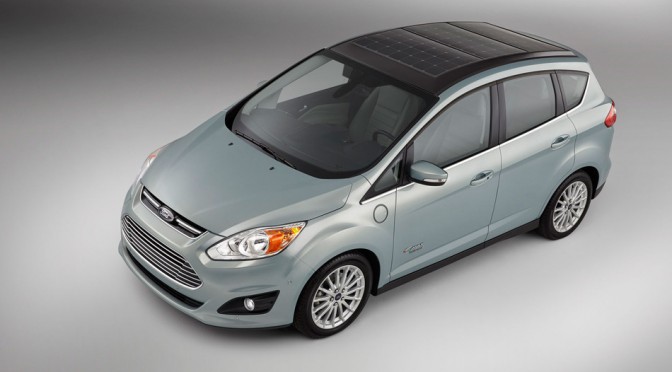 Instead of filling up on power from an electrical charger or outlet, the concept car comes with a solar panel roof that uses a concentrator lens, similar to a magnifying glass, to lure sunlight to fuel the vehicle.

Ford’s solar tech partner SunPower is providing the solar cells for the roof.

With a full charge, Ford said it will have the same total range as Ford’s conventional C-MAX Energi of up to 620 miles, which includes 21 electric-only miles.

Although the car may never hit the market, features used in concept cars are often rolled out to future vehicles. Even if a similar model launches in the future, many store their cars in garages, which limits access to the sun. Seasons would post problems as well; those in the north might need to rely more on electric power when the sun sets earlier during the winter months.

Ford said the sun could power up to 75% of all trips made by an average driver in a solar hybrid vehicle, but it also didn’t elaborate on distance traveled.