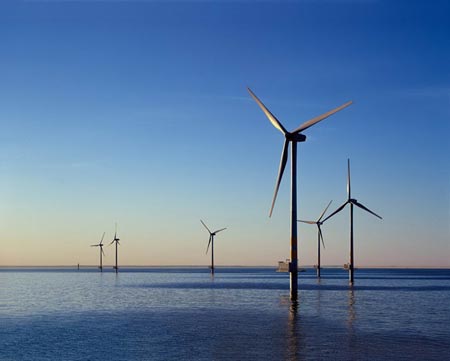 The original planning consent was granted in 2012.

These variations were requested following a review of the design of the offshore wind farm site undertaken after the Dudgeon Offshore Wind Farm project was acquired by Statoil and Statkraft.

This review raised concerns relating to the stability of the wind turbine foundations due to areas of mobile sand waves across the site and the chalk structure of the subsea bed; it also indicated that in order to avoid the wake effects of placing the turbines too closely together, the capacity of the wind farm should be reduced from 560MW to around 400MW.

The approval of the application for variation extends the red line boundary of the offshore wind farm site to provide additional flexibility to locate the turbines away from the high risk areas of mobile sand. It also allows for the introduction of new foundation options to offset the risk of instability due to the chalk. These options include the use of suction bucket jacket foundations which will only penetrate the first few metres of the seabed, thus avoiding the chalk layer, as well as larger monopole foundations of up to 8.5m in diameter to increase surface friction.

Dudgeon Offshore Wind Chairman Mr Halfdan Brustad said: “This approval of the variation to the planning consent is excellent news for the Dudgeon Offshore Wind Farm project. It will enable us to take advantage of the technological developments made in the offshore wind sector made over the last few years, and I now anticipate that the installed capacity of around 400MW will come from between just 50-80 wind turbines.”

Dudgeon Offshore Wind Farm is owned by the two Norwegian companies, Statoil [70%] and Statkraft [30%], with Statoil as the manager for both the construction and the operational phase. Most recently the two companies have worked together to develop and operate the Sheringham Shoal Offshore Wind Farm, the 88 turbine power plant [317MW] which is located 9-17 miles off the coast of Sheringham.