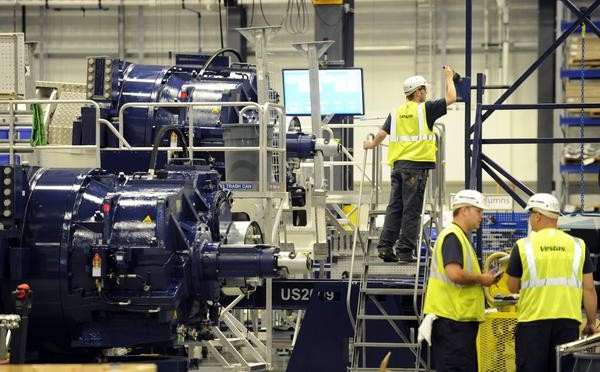 Vestas Wind Systems, which operates four factories in Colorado, said Tuesday it has received an order for 55 wind turbines for a new wind power project in the United States.

The order Tuesday, for 110 megawatts, was the fourth in a week as wind farm developers rush to get projects in the pipeline before the federal wind-production tax credit expires Jan. 1.

Vestas has received about 1,700 megawatts in orders for the U.S. and Canada, making it the company’s second-best year ever. In 2010, the Aarhus, Denmark-based wind-turbine maker had 1,883 megawatts in American and Canadian orders.

The workforce at two Colorado plants