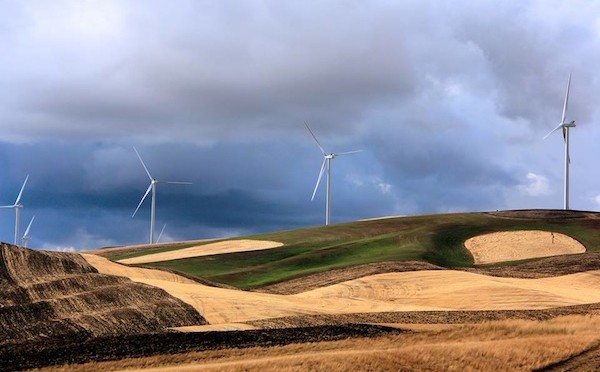 NaturEner, which owns and operates three wind farms in Montana, sued a California utility on Friday for breaching contracts to invest in the Rim Rock wind farm.  The lawsuit also seeks to prevent the utility from reneging on its contractual promise to buy the renewable energy generated at the facility.

San Diego Gas & Electric, a subsidiary of energy conglomerate Sempra Energy, had agreed to invest approximately $285 million in the 189-megawatt Rim Rock wind farm and to purchase renewable energy credits as part of its obligation under California law to use renewable power.  SDG&E has been purchasing renewable energy credits from Rim Rock since the project began operating 16 months ago.

But this week the utility informed NaturEner that it would not honor the deal, wrongfully claiming that the company had not satisfied some of the provisions of the contracts, mostly related to the protection of eagles and other birds.

In fact, NaturEner has implemented industry-leading wildlife conservation measures at the Rim Rock project.  These measures include the installation of innovative radar detection systems for eagles, and the positioning of trained avian biologists at different locations who can immediately pause wind turbines, in coordination with NaturEner’s 24/7 real-time Operations Center, if there is even a slight risk of potential harm to an approaching eagle.  These protections have been very effective, and no eagle has ever been harmed at the project.

NaturEner’s lawsuit, filed in Montana District Court in Toole County, argues that the utility’s actions are motivated by buyer’s remorse, because of the falling price of renewable power.

As NaturEner’s complaint explains, these circumstances lead the company to believe “that SDG&E is using the Avian Conditions as pretext for escaping its contractual obligations.”

NaturEner is a large employer and among the largest taxpayers in the area of rural Montana surrounding Rim Rock. SDG&E’s failure to comply with its contractual obligations would jeopardize jobs, investment, and tax revenues in Montana.  NaturEner is seeking emergency relief from the court, with the goal of protecting its company and the State of Montana.
NaturEner is a significant contributor to the local and Montana economy, with more than $875 million of investments in the state. NaturEner owns and operates approximately 62 percent of the existing wind power generation in Montana, enough to power 125,000 homes.