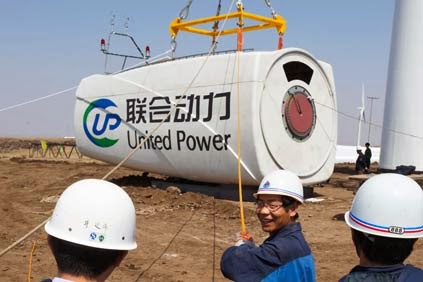 The five turbines of the first phase have a capacity of 7.5 megawatts, an official said on Tuesday. The completed project will have 33 wind turbines capable of putting out 49.5 megawatts.

Deng Changlin, of the Tibet energy administration office, said Tibet is a very windy place which receives a lot of sunlight. Developing new, green energy sources will play a big part in protection of the frail ecosystem of the region.

It is estimated that annual wind energy reserves in Tibet reach 93 billion kilowatt-hours, or 34 million tonnes of coal equivalent, ranking seventh in China.