The Asian Development Bank (ADB, Manila) has announced that it will loan USD 150 million to China to build a 50 MW concentrating solar power (CSP) plant in Qinghai Province, Northwestern China.

The Government of China has announced a target of 1 GW of Concentrated Solar Thermal Power (CSP) capacity by 2015 and 3 GW by 2020.

The Asian Development Bank (ADB) is helping the People’s Republic of China (PRC) build a first-of-its-kind, large-scale concentrated solar thermal power (CSP) plant in the northwestern province of Qinghai to produce clean energy and cut carbon emissions.
“This pioneering solar thermal project will demonstrate how the PRC could leverage its indigenous solar resources to diversify its energy mix in a sustainable manner. With this comprehensive assistance package of low-cost financing, policy advice, and capacity development, we expect successful demonstration will lead to wider uptake of Concentrated Solar Power (CSP) plants in the PRC in the medium term,” said Shigeru Yamamura, a Senior Energy Specialist at ADB’s East Asia Department.
The $150 million loan will help build a 50-megawatt concentrated solar power plant, which can generate 197 gigawatt-hours of clean electricity and cut 154,446 tons of carbon dioxide every year using a state-of-the-art renewable energy technology that converts direct normal irradiation into usable heat, generating medium- to high-temperature saturated steam that runs the steam turbine for power generation. This thermal cycle enabled the project to combine low-cost 7-hour thermal energy storage system allowing it to generate clean electricity even at night.
Qinghai province, which is located in a high plateau, is currently ranked first in solar power capacity concentration throughout the PRC. It has more than 2 gigawatt (GW) of solar photovoltaic installed capacity, which is more than 60% of the national capacity.
The solar energy project site is located in a cold climate where mid-winter minimum temperature could fall overnight to -27 degree Celsius. This is the first application of CSP plant in such low winter temperatures. ADB has been promoting CSP in the PRC since 2009, with a grant that helped lower the barriers for building utility-scale demonstration project.
The Government of the PRC has since announced a target of 1 GW of CSP capacity by 2015 and 3 GW by 2020. Concentrated Solar Thermal Power (CSP) development has been rather slow, however, primarily due to limited hands on in-country experience. By demonstrating utility-scale CSP plant in a solar rich province, the project will significantly reduce remaining barriers, enabling rapid deployment of CSP technology. 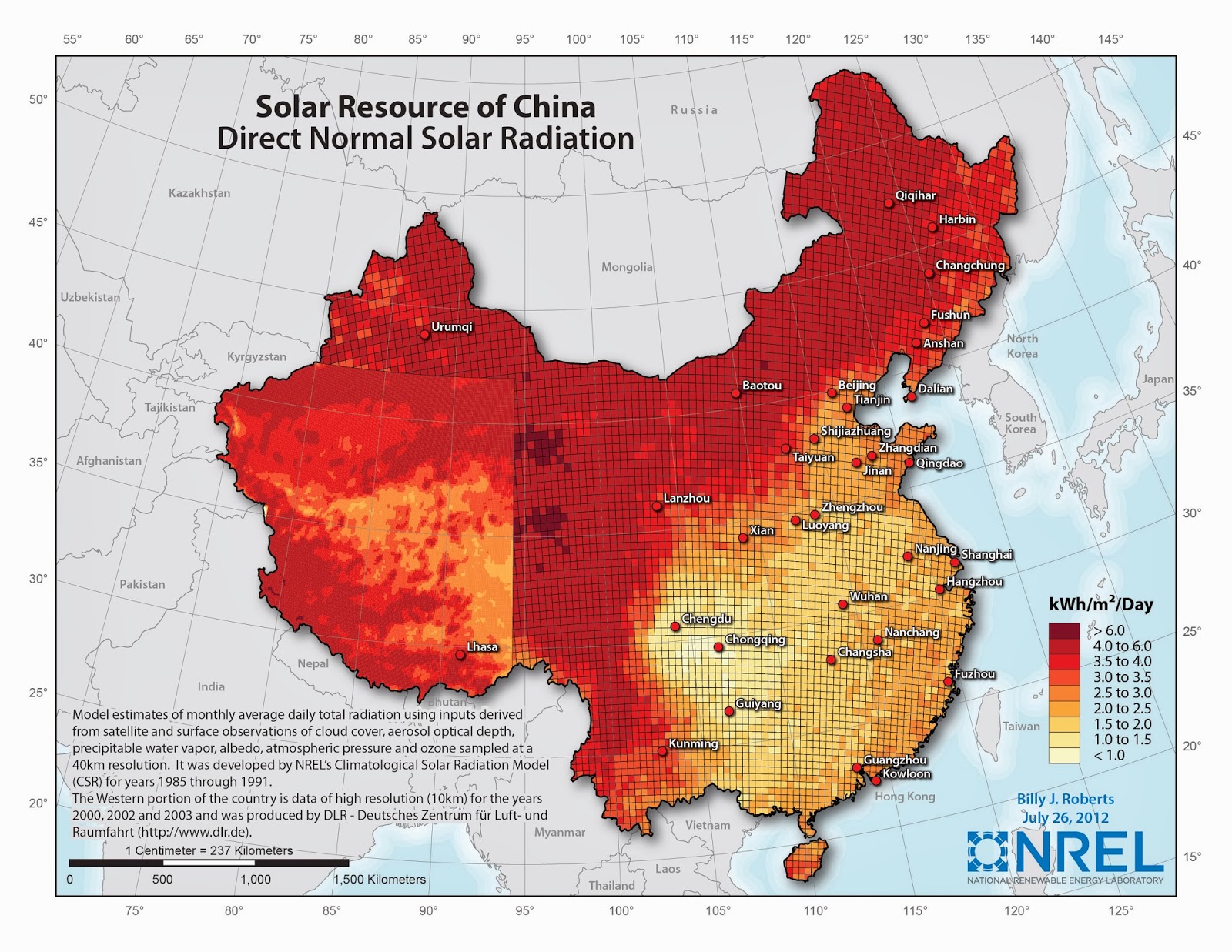