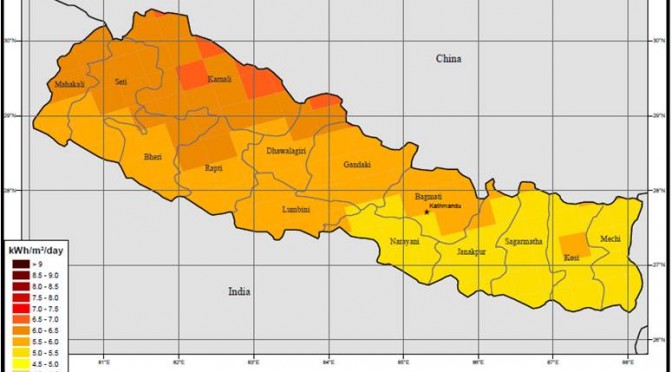 SunFarmer will build its first solar power project in Nepal with backing from power plant operator SunEdison Inc. SunFarmer develops solar power in impoverished and rural areas. According to a report by Bloomberg, SunFarmer will use a USD2 million grant from a SunEdison foundation to build five projects at clinics and hospitals in the first quarter of 2014. The said projects are under an agreement with the Nepali government.

SunFarmer co-founder Andy Moon told Bloomberg that Nepali customers are heavily reliant on diesel and costs can run as much as 10 to 15 times as much in the US. For instance, a hospital in rural Nepal spends USD30,000 annually on diesel fuel for generator.

The report said that under SunFarmer’s rent-to-own model, customers will save 10% to 15% on electricity costs. They will also end up owning the the solar systems in six to eight years.

SunFarmer is seeking donations to fund as many as 100 solar projects over the next two years that will benefit 400,000 people, Bloomberg said.