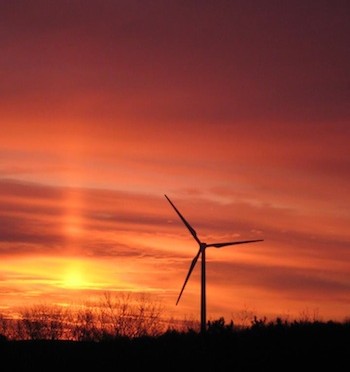 Officials in Iowa’s wind energy industry are concerned the federal government still hasn’t extended the Production Tax Credit — or PTC — for wind projects. Harold Prior, executive director of the Iowa Wind Energy Association, says Senate leaders haven’t included the PTC in markup legislation, and that’s a worry since time is running out and Congress is weighed down by other matters like the Farm Bill.

“That’s obviously a major enterprise with implications for the upper Midwest as well,” Prior says. “With politics being what they are and with the ‘nuclear option’ the Senate Democrats employed and now the Republicans are looking for a way to fight back or make their sentiments known, it’s probably not gonna’ help.”

Prior says he’s hoping a construction provision in the current Production Tax Credit will buy them time to push into next year for renewing the credit. “We remain optimistic because this current PTC that expires the end of this month has that new ‘in construction’ progress language,” he says. “That’s going to keep a lot of business alive and well until probably the middle part of 2015.”

Prior says he’s also hearing rumblings about replacing the production tax credit with a limited partnership type of program used by the oil and gas industry. He says while that might work for smaller wind projects, larger ventures don’t favor it.