The prototype nacelle for the world’s most powerful wind turbine, Vestas’ V164-8.0 MW, has been completed at Lindø Industrial Park, Denmark. The nacelle is now en route to installation at the Danish national test centre at Østerild.

“The complete nacelle and all of its components have now successfully passed the extensive testing regime according to the plan to date. This means we can now take another step closer to bringing the V164-8.0 MW to our customers,” says Vestas Chief Technology Officer Anders Vedel.

The V164-8.0 MW prototype will be installed at the Danish national testing centre in Østerild, where further tests will be conducted to ensure the turbine’s reliability and performance to provide certainty to customers looking to make investments in offshore wind. Installation of the turbine is expected to be completed in the first quarter of 2014.

The nacelle has been built at Lindø Industrial Park, which offers ideal facilities for the prototype nacelle construction, explains Anders Vedel.

“We chose to build the prototype nacelle in Denmark because of the skills, knowledge and experience built up in R&D in the country by Vestas and others,” he says.

The nacelle is 20 metres long, 8 metres wide and 8 metres high, and weighs approximately 390 tons including the hub. The V164-8.0 MW turbine will be the world’s most powerful, with one unit capable of supplying electricity for 7,500 average European households.

The swept area of more than 21,000 m2 increases the amount of energy captured, while reducing operational and maintenance costs by enabling customers to run fewer, larger turbines, with fewer service visits. 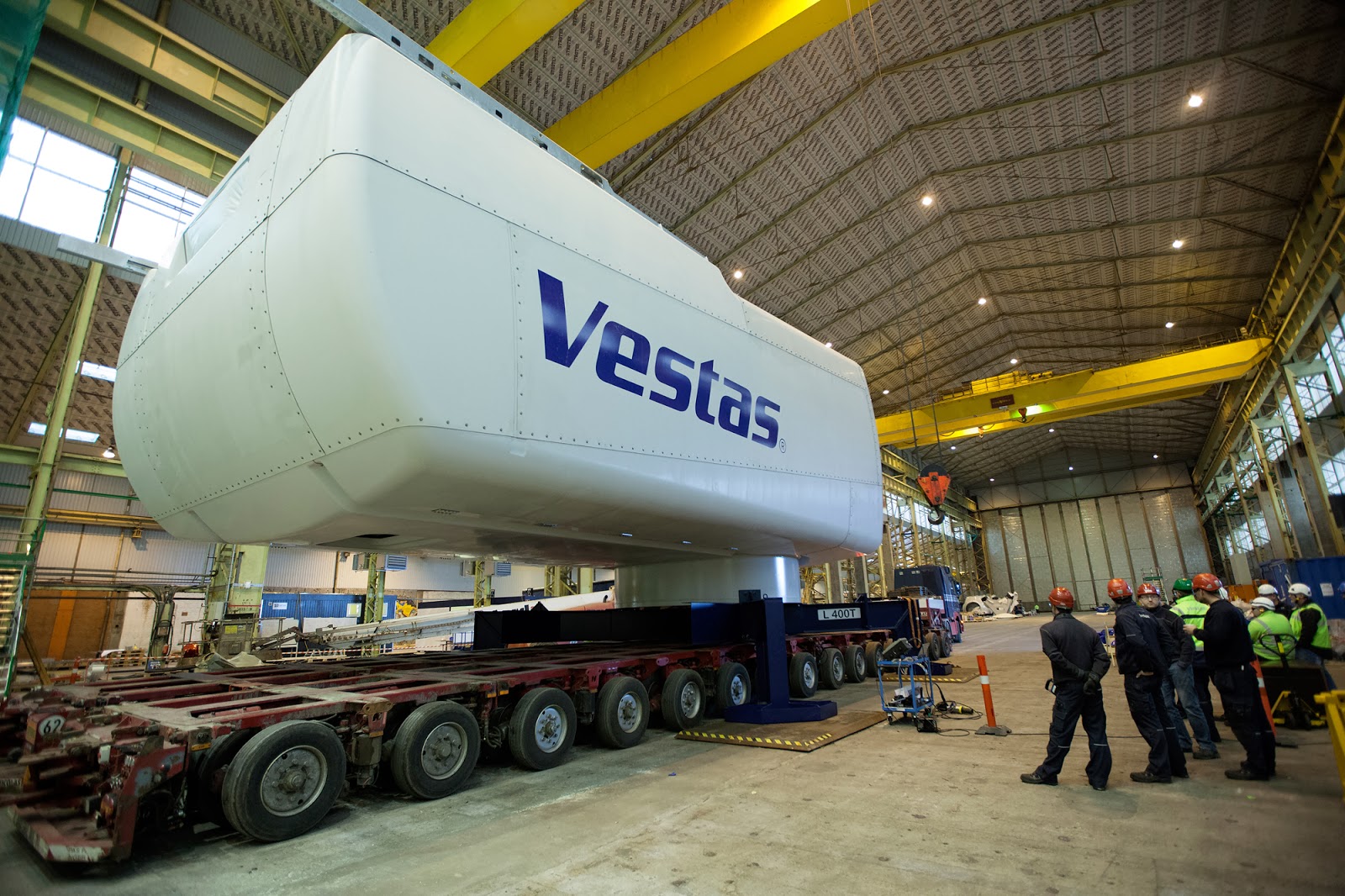 Every single day, Vestas wind turbines deliver clean energy that supports the global fight against climate change. Wind power from Vestas’ more than wind turbines currently reduces carbon emissions by over 60 million tons of CO2 every year, while at the same time building energy security and independence.
Today, Vestas has delivered wind energy in 73 countries, providing jobs for around 16,000 passionate people at our service and project sites, research facilities, factories and offices all over the world. With 62 per cent more megawatts installed than our closest competitor and more than 58 GW of cumulative installed capacity worldwide, Vestas is the world leader in wind energy.
http://santamarta-florez.blogspot.com.es/2013/12/wind-turbines-first-v164-80-mw-nacelle.html
eólica Vestas wind energy