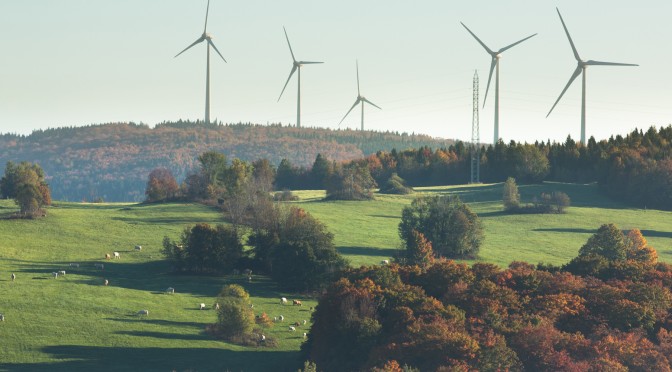 Elecnor, through its Enerfín wind energy unit, has brought the L’Érable wind farm in Quebec (Canada) on stream after completing 100% of the infrastructure. For an investment of EUR 260 million, this is Elecnor’s first wind farm in Canada. More than 1,200 professionals worked on the various stages of construction.

expository essay thesis statement
Located between Montreal and Quebec, the wind farm has 100 MW of capacity through 50 wind turbine generators of 2 MW each. State-of-the-art Enercon technology increases the efficiency and useful life of the facilities, while reducing the environmental impact. The farm will power some 30,000 households and prevent the emission of 75,000 tonnes of CO2 a year.
The L‘Érable project was awarded by Hydro PPA Québec, a public energy generation and transmission company, with which it has signed a 20-year PPA. Enerfín is in charge of overall operation of the farm and maintenance of the wind turbine generators, while Hydro Québec will oversee distribution of the power produced.
Funding for L’Érable was completed in May last year through a syndicated loan subscribed in full by Canadian banks.
Early this year, the Euromoney Group’s Project Finance Magazine gave the L’Érable’s wind farm financing project the “North American Wind Deal of the Year” award. This international award recognises, inter alia, this project’s innovation, best practices, risk mitigation and value for money.
Expansion in North America
With the start-up of this new wind farm, Elecnor has expanded its operations in Canada and in North America in general. The company recently acquired Hawkeye, an infrastructure company, to bolster its presence in the US, where it already has the Elecnor Inc. and Elecnor Belco subsidiaries. Elecnor Belco operates on the US West Coast, where Elecnor recently completed its first PV solar farm (20 MW).
With the Canada wind farm, Elecnor has also reinforced its place among the wind power leaders, with more than 1,000 MW under construction and operation in Spain and North America.
http://santamarta-florez.blogspot.com.es/2013/11/primer-parque-eolico-de-elecnor-en.html
http://santamarta-florez.blogspot.com.es/2013/11/elecnor-brings-its-first-wind-farm-in.html