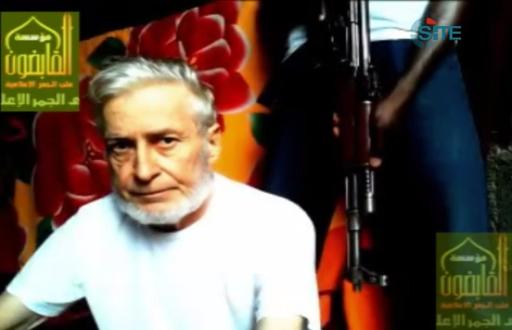 Collomp was kidnapped by about 30 armed men who attacked the residence of French firm Vergnet, the company for which he is working, in the state of Katsina on the border with Niger.

Nigerian police in the central north Kaduna State confirmed on Sunday that a French man, who was abducted in the neighboring Katsina State, has been released by his captors eleven months after his abduction.

Francis Collon, an engineer who had worked with a firm handling the Katsina Wind Mill Power project, was abducted at his residence in October 2012.

Two people, a security guard and his friend, were shot dead in the process of his abduction, while the Divisional Police Office in Rimi was set ablaze by the kidnappers.

State Police chief Olufemi Adenaike said the 63-year-old French man was released by his abductors in Zaria on Saturday, after his initial incarceration in Katsina and Kano.

According to the police chief, the kidnappers did not demand any ransom for the release.

He said Collon was dumped by the roadside at Dan Magaji in Zaria, from where he took a commercial motorcycle to the Dan Magaji police station.

The commissioner said the man would be departing Nigeria for France immediately to reunite with his family.