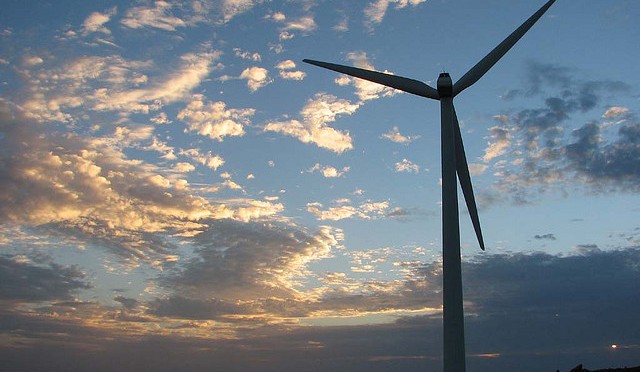 Two binational groups have proposed building a wind farm project that spans Mexico and the United States. The North American Development Bank and the Border Environment Cooperation Commission made the announcement as part of their 20th anniversary celebration.

NAD Bank and the BECC were created shortly after NAFTA to address environmental concerns from increased traffic and commerce. In 20 years, both funded more than 230 environmental infrastructure projects along the border, including waste water treatment plants.

More recently, the focus has shifted to renewable energy. Plans are being finalized for a 155-megawatt wind farm outside of Tecate, Baja California, Mexico. The project