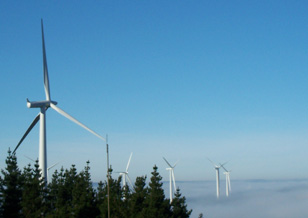 According to the IEA, wind power will meet 15 to 18 percent of the world’s electricity needs by 2050, which is why EGP has played and will continue to play a key role in the development of the technology.

Enel Green Power has began construction of the new Sureste I-Phase II wind farm in Mexico and won a tender for the building of two wind farms in the region of Eastern Cape province of South Africa that will have a combined capacity of 199 megawatts. The works show how EGP is consolidating its role as a leader in wind power.

According to the latest IEA Wind Report by 2050 wind power will be able to meet 15 to 18 percent of the world’s electricity needs, as it can increase domestic energy production while reducing greenhouse gas emissions and helping create new jobs thanks to government energy and industrial policies.

The European Wind Energy Association (EWEA) says that the European wind power industry needs about 7,000 new qualified workers per year, in particular in operation and maintenance. This number could become 15,000 per year by 2030, adding up to a total of around 50,000 qualified workers.

With an installed capacity of 4,940 MW in Europe and the Americas, Enel Green Power is a global leader in the development of wind power, which is an essential sector for the Group’s growth strategy. Last year it increased its installed capacity by 775MW and this year has added a further 546MW. With 4.9 gigawatts in total installed, wind power accounts for 57 percent of EGP’s installed capacity, and by 2017 it aims to increase this to 7.2GW.

EGP can do this thanks also to technological innovation like the small wind turbine designed by Renzo Piano and developed together with EGP which has a discreet presence on the landscape and can operate even when there are only slight winds.