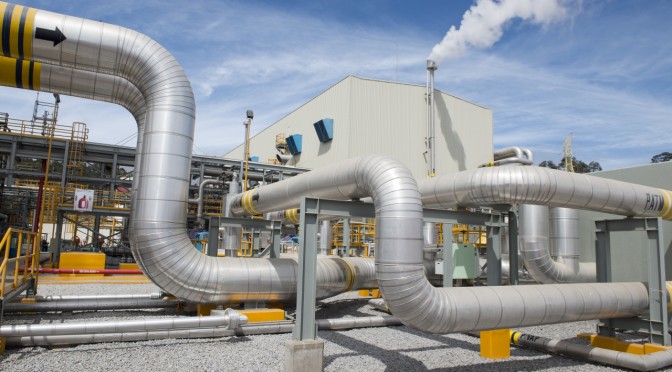 Alstom signed a contract worth €30 million with the Mexican Federal Electricity Commission  (CFE) to build the geothermal power plant “Los Humeros III – Phase A”, located in Chignautla, state of Puebla.

This power plant will have an installed capacity of 25 MW and will produce an average of more than 200 GWh per year of renewable energy, equivalent to the annual energy used by 40,000 people in Mexico.

“Over the last decade, Alstom has participated in numerous geothermal power projects in Mexico, that all combined add up to nearly 200 MW of installed capacity. We are happy that Alstom’s technology will contribute to the diversification of non-fossil energy sources in the country, a goal that the current government has set to reach 35% by 2024.” said Cintia Angulo, Alstom Mexico Country President.

This Alstom turnkey project includes all of the engineering, as well as the power plant construction, set-up equipment, steam turbine, turbo generator, systems control and high voltage electric substation, and related equipment. The power plant is expected to start operations during the second quarter of 2016, and will operate using heat obtained by drilling steam extraction wells at a depth of up to 3,500 meters (11,500 ft.).

Mexico has the fourth biggest geothermal power reserves in the world, just behind the United States, the Philippines and Indonesia. “Los Humeros III Phase A” power plant will operate in tandem with 2 other geothermal power plants recently installed by Alstom in the same area (Los Humeros IIA, and Los Humeros IIB). Combined with the new power facility, those three projects will have an installed capacity of 75 MW, meeting the annual power needs of 120,000 local inhabitants.

During nearly five decades of Alstom’s presence in Mexico, the company has installed over 11,000 MW of power generation equipment in the country, which represents almost 20% of the country’s total power capacity.