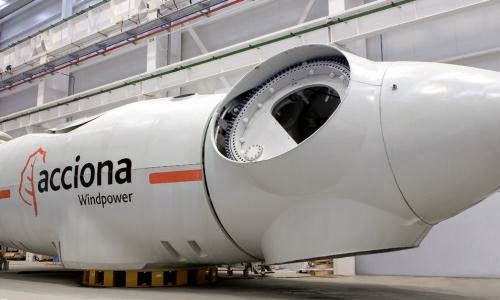 Acciona Windpower has won a wind power contract to supply 300MW of wind turbines to two wind farms in Texas.

“It is the biggest order won by the company for AW3000 wind turbines in the United States,” said Acciona.

The wind turbines will be installed on 92-meter steel towers. Turbine deliveries will begin in 2014 and the two wind farms are expected to be fully operational in 2015, said Acciona

Acciona has a 1300MW backlog for the AW 3000 model destined for wind farms in the US, Canada, Brazil, Mexico, Spain, Poland, Chile and South Africa.

Acciona has now supplied or signed contracts for 1.5MW and 3MW turbines totaling more than 1200MW in the US.