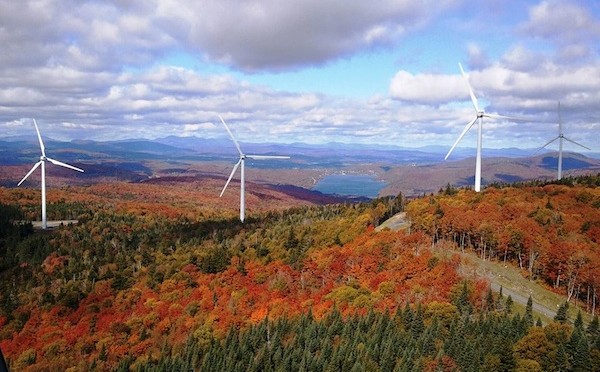 “Renewable energy will continue to be a vital part of our Balanced Energy Initiative, providing Michigan residents with the energy they need, whenever they need it,” said Jack Hanson, Consumers Energy’s senior vice president of energy resources. “We are drawing on our state’s natural resources to power our state’s future.”

Cross Winds is expected to open in late 2014, fulfilling the state of Michigan’s requirement that energy providers generate 10 percent of their power from renewable sources. The facility will include 62 wind turbines, with a total capacity of 105 megawatts.

About 150 construction jobs will be created during Cross Winds construction now and into 2014. Southfield-based Barton Malow Company is the lead contractor, with several Michigan-based subcontractors and parts suppliers also participating in the project.

“As part of our $1 billion commitment to the Pure Michigan Business Connect initiative, we’re pleased to report more than $100 million of the $255 million Cross Winds Energy Park will come from services and goods supplied by companies in our state,” Hanson said.

Initial construction will focus on building access drives and turbine foundations and will continue in coming months, weather permitting. Turbine construction is scheduled to begin next summer.