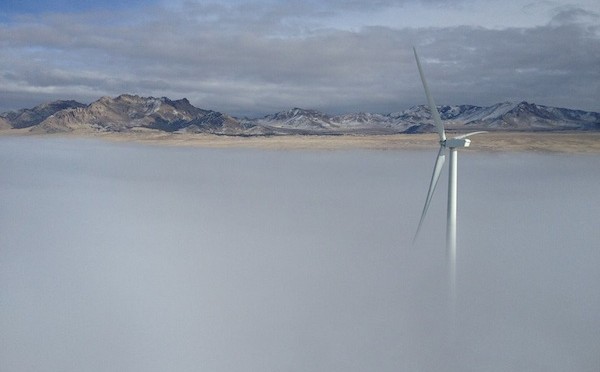 American wind energy will finish 2013 with strong momentum for installations in the new year, according to the American Wind Energy Association’s (AWEA)  U.S. Wind Industry Third Quarter 2013 Market Report. The industry experienced a painful slowdown at the beginning of 2013 as result of the scheduled expiration of the federal wind energy Production Tax Credit at the end of 2012, but has now rebounded.

Lack of certainty over federal tax policies continues to keep wind energy from reaching its full potential in the United States. Meanwhile, technological improvements are increasing the efficiency of turbines and driving down wind’s costs. These advances are reflected in electric utilities’ recent enthusiasm for signing new contracts for wind power.

Utilities are capitalizing on the extension of the Production Tax Credit and the alternate Investment Tax Credit on Jan. 2, and have signed over 5,670 megawatts (MW) of new power purchase agreements (PPAs) and received approval to build over 1,870 MW of utility-owned wind power. These 7,500 MW of new wind projects are helping spur wind manufacturing companies to increase hiring, and driving construction starts–1,100 MW of new projects broke ground during the third quarter.

“American wind businesses are back to work and the pipeline is filling up,” said AWEA CEO Tom Kiernan. “Our companies are developing new projects, signing contracts with utilities, and ordering turbines and components. As a result, wind manufacturing companies have upped their hiring. We want to continue that momentum, but need predictable policies for the industry to avoid future slowdowns like the one experienced at the beginning of 2013. It’s remarkable how much this industry has been able to accomplish despite the lack of policy certainty over the years.”

The renewed push toward wind included multiple utilities procuring significantly more wind energy than their initial request for proposals called for, including American Electric Power’s Public Service Company of Oklahoma, which said it decided to triple that amount because of “extraordinary pricing opportunities that will lower costs for PSO customers by an estimated $53 million in the first year of the contracts.”

Indeed, Xcel just wrote its ratepayers last week in Colorado, “wind energy can save you money.” It listed as some of the reasons that “wind prices today are lower than other energy resources, like natural gas. And wind power purchased at firm prices will protect you from the uncertainty of rising fuel costs in the future.” Xcel also noted that, “with our new wind supply, we’re on track to reduce carbon dioxide emissions by more than 30 percent by 2020 from 2005 levels.”

Manufacturing companies in wind’s supply chain that produce towers, blades, and the major components of wind turbines reported a surge in orders in the third quarter. With those increases have come a flood of new hiring announcements.

Enough wind projects are now moving forward that ground was broken on 1,100 MW of construction during the third quarter. This brings total construction activity for 2013 to over 2,300 MW across 13 states, with Texas, Michigan, Nebraska, Washington and Kansas seeing a large number of projects under construction in 3Q.

Construction is expected to begin on a significant number of projects in the fourth quarter. Utilities are eager to take advantage of the PTC/ITC extension with at least 27 requests for proposals issued for wind, renewables or other capacity to date. These will lead to over 4,175 MW of new wind. Looking further ahead, 5,600 MW of new wind projects have secured long-term contracts, and another 1,900 MW have received state regulatory approval.