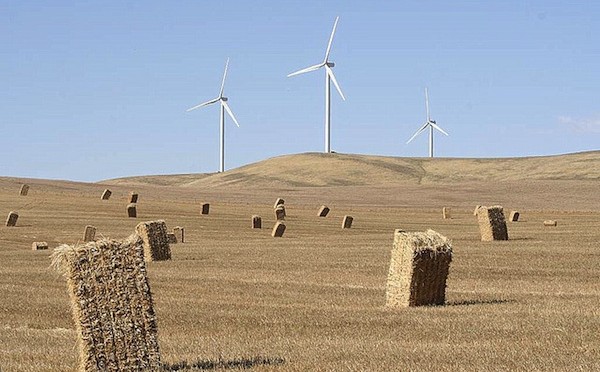 The first 13 wind turbines at DTE Energy's (NYSE: DTE) Echo Wind Park have been commissioned, with the entire facility set to begin commercial operation by the end of November.

The 70-turbine Echo Wind Park in Huron County will be operational by the end of 2013 and add another 112 megawatts (MW) to the DTE Energy's renewable energy portfolio. The wind park, primarily in Oliver and Chandler townships, is sited on nearly 16,000 acres. The Echo Wind Park is the third to be owned and operated by DTE Energy.

DTE Energy also announced recently it will purchase the energy from the 20-MW Big Turtle Wind Farm, which will cover 2,800 acres in Rubicon Township in Huron County. The Big Turtle Wind Farm, expected to be operational by late 2014, will comprise a minimum of 50 percent Michigan content and feature new technology advanced by Ventower Industries of Monroe and other Michigan suppliers.