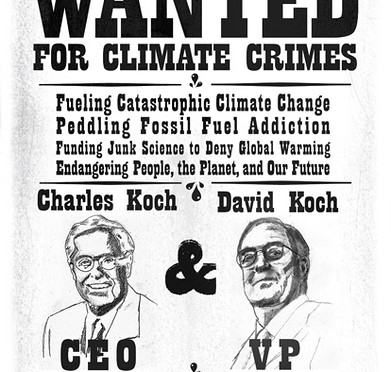 ire William I. Koch has donated $5-million and taken a leading advocacy role in battling plans for a massive wind farm in Nantucket Sound off the Massachusetts coast, writes The New York Times.

Koch, a billionaire industrialist who made his fortune in fossil fuels and whose better-known brothers underwrite conservative political causes, has been fighting the wind farm, called Cape Wind, for more than a decade, donating about $5 million and leading an adversarial group against it. He believes that Cape Wind's 130 industrial turbines would not only create what he calls “visual pollution” but also increase the cost of electricity for everyone.

At one time, Cape Wind