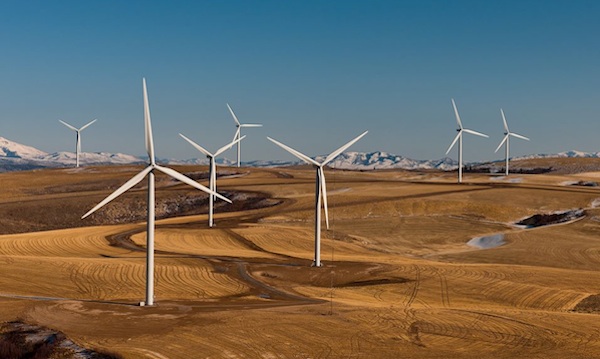 The opinion piece by Marc Brown (“Wind power not competitive with conventional sources” Oct. 8), formerly with the Koch brothers-funded Freedom Works and now the head of an anti-clean energy group, that refuses to disclose its funding sources, relies heavily on debunked fossil fuel industry propaganda in its attacks on wind energy.

This occurs because wind energy displaces the most expensive power plant that is currently operating, which is almost always the least efficient fossil-fired power plant. As a result, even small additions of wind energy significantly reduce electricity prices and pollution. Because it has no fuel costs, wind energy also protects consumers from volatility in fossil fuel prices, which is critically important in regions like New England that rely heavily on natural gas.

Mr. Brown compounds that error by only reporting the large range of potential transmission costs that were identified in the 2009 report, without disclosing that the actual costs for the relatively minor grid upgrades currently being implemented fall at the very low end of that range. Transmission costs typically account for less than 10% of a typical electric bill, and by providing access to lower cost energy sources transmission investments actually decrease the energy costs that make up the majority of a typical bill. Transmission upgrades are needed anyway to improve electric reliability, provide access to lower cost resources, and make electricity markets more competitive, in addition to benefits like integrating wind energy resources.

The remainder of Mr. Brown’s column relies on a debunked propaganda piece from the fossil fuel industry-funded American Tradition Institute. Among the largest errors in that report was a failure to understand that wind energy is reliably integrated using the same reserves that grid operators have always used to accommodate fluctuations in electricity demand and abrupt failures at conventional power plants. In fact, changes in wind output occur gradually and predictably, making them far less expensive to accommodate than the instantaneous failures of conventional power plants. Regardless, real-world data confirms that even at very high levels of wind energy, additional changes in the output of conventional plants does not reduce their efficiency.

In addition, the fossil industry report drastically overstated transmission losses for wind, as nearly all electricity losses occur on the low-voltage power lines that run through neighborhoods, and therefore apply to all energy sources evenly. Mr. Brown also drastically understates the share of the time that Maine wind projects are producing power. Finally, Mr. Brown ignores that the main incentive for wind energy is a very small share of total federal support given to other energy sources, many of which have been included in the permanent tax code for nearly a century.

Correcting for those errors leads back to the widely-reported finding that these wind energy purchases are a good deal for consumers.