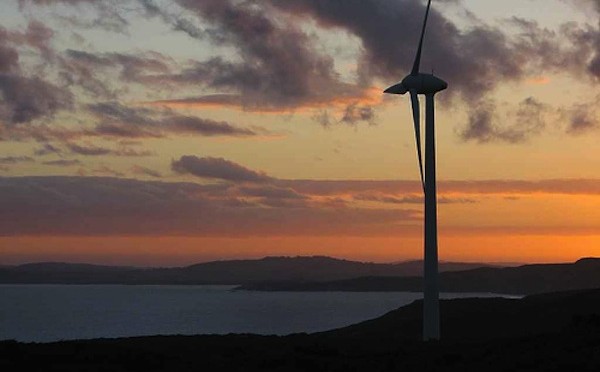 The American Wind Energy Association (AWEA) and the Interwest Energy Alliance, along with key wind industry company executives, will participate in a press conference to highlight economic benefits to Colorado’s economy and potential future growth associated with wind industry investments.   Colorado and the nation benefit from wind energy’s growth, helping to reduce the power sector’s contribution to climate change. Participants will also be panelists at AWEA’s Colorado State Wind Energy Forum, held at the University of Denver, later in the day.

The press briefing will discuss the role the industry plays in creating jobs and economic benefits in Colorado, reducing carbon pollution and other pollutants in the energy sector, and why federal and state policies that incentivize private investment in clean energy are critical for Colorado’s economic future.

Industry leaders will answer questions from the media this Tuesday, October 8 at 9:30 AM and will include: Sarah Cottrell Propst, the Executive Director of Interwest Energy Alliance; Susan Innis, the Senior Manager for Public Affairs at Vestas, which operates four wind turbine manufacturing facilities in Colo.; and Anna Giovinetto, Vice President of Corporate Affairs, RES Americas, which develops and constructs renewable energy projects in the Intermountain West and nationwide.

Wind energy companies are poised to be part of the climate solution by offering clean energy that is good for the state's economy. The state has already benefitted from billions of dollars of investment in wind farms and factories, supporting thousands of jobs and local economies. As one of the cheapest, quickest, and largest-scale ways to reduce pollution, wind energy is readily available for Colorado to help implement the national climate action plan, announced this year, which will limit carbon pollution from power plants.

write me an essay

Colorado has been a leader in wind energy with over 11 percent of the electricity supplied by wind. There are over 4,000 Coloradoans employed in wind energy in 17 factories and the industry has invested over $4 billion of capital investment into the state. Additionally on a yearly basis the industry pays $7.5 million to landowners who lease their property for turbines. Colorado has a strong wind energy supporter in local utility Xcel Energy which has been a leader in acquiring Power Purchase Agreements for wind energy.  Wind energy already installed in Colorado saves 1,490,000,000 gallons of water per year and saves carbon emissions equivalent to taking 715,000 cars off the road.

The Interwest Energy Alliance is a trade association that represents the nation’s leading companies in the renewable energy industry, bringing them together with the West’s leading non-governmental organizations to facilitate consensus-based approaches to new project development throughout the region.