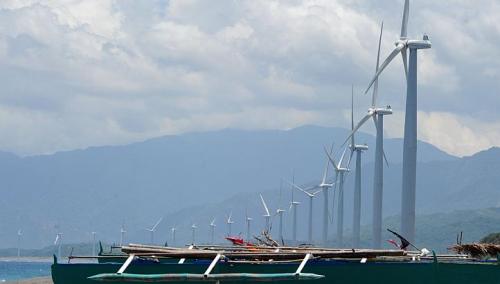 Kanematsu Corp. won an order to build a 54-megawatt wind farm and lay underwater cables for power transmission in the Philippines.

A long-term expansion of renewable energy is expected in the Philippines after the country introduced an incentive program for clean energy, known as feed-in tariffs, in July 2012, Kanematsu said. The project will be completed at the end of 2014 and will be financed through syndicated loans, it said.
%%anc%%