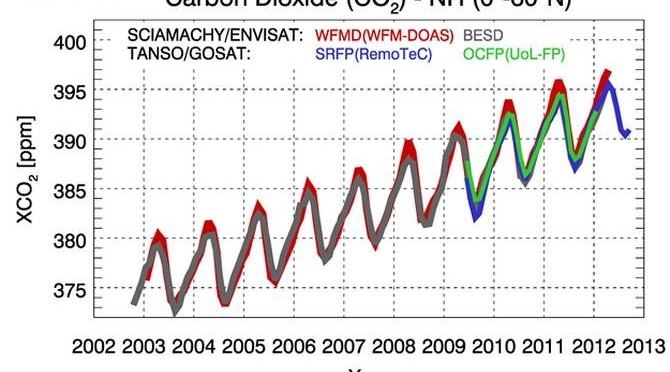 The Intergovernmental Panel on Climate Change (IPCC) has confirmed that the human influence on climate change is undeniable and has urged governments to take action.

The IPCC’s fifth assessment report, Climate Change 2013: The Physical Science Basis, details projections of climate change based on four scenarios of future greenhouse gas concentrations and aerosols, for a range of possible outcomes.

According to the IPCC, since 1950 many unprecedented changes have been observed in the earth’s climate system, with temperatures on the earth’s surface in each of the past three decades warmer than at any time since 1850. The IPCC asserts that human activities are 95% likely to be responsible for temperature rises, up from a 90% certainty claimed in 2007.

The earth’s temperature is likely to rise over 2 degrees centigrade by 2100, which is the threshold that governments have pledged to remain within – the report stated that global temperatures are likely to rise by 0.3 degrees centrigrade to 4.8 degrees by the year 2100. The report did concede that sea level rises remained a contentious issue, with no consensus in the scientific community regarding sea level rises. The IPCC also went on to reveal that the rate of temperature rises had slowed over the last 15 years but that this did not indicate a wider trend of temperature rises slowing down, as Working Group I co-chair Thomas Stocker pointed out that climate trends should be calculated from periods of at least 30 years.

Qin Dahe, co-chair of Working Group I said, “Our assessment of the science finds that the atmosphere and ocean have warmed, the amount of snow and ice has diminished, the global mean sea level has risen and the concentrations of greenhouse gases have increased.”

In response to the report, US secretary of state John Kerry said, “”Boil down the IPCC report and here's what you find: Climate change is real, it's happening now, human beings are the cause of this transformation, and only action by human beings can save the world from its worst impacts.”

From a European perspective, EU climate commissioner Connie Hedegaard said, “Europe will continue to lead the fight against climate change. We have ambitious legislation in place. We are reducing our emissions considerably, expanding renewables and saving energy. And we are getting ready for the next step: climate and energy targets for 2030 that the Commission will present before the end of the year.”

The IPCC was jointly created by the United Nations Environment Agency and the World Meteorological Organization. The Working Group I Assessment was created utilising over 2 million gigabytes of numerical data and written by 209 lead authors. The report will be published in three parts over 14 months. The IPCC Working Group II will meet in Yokohama, Japan from 25 to 29 March 2014.

Commenting on the next steps, Nick Boyle, CEO of Lightsource Renewable Energy said: “Let’s stop debating how fast we’re heading in the wrong direction and instead focus on what we know to be an intelligent, secure future. We must set our sights on the vital clean technology tools being deployed and encourage more companies to take part in building a thriving clean, energy independent Britain. Amongst all the power generation technologies, solar power is cheap and quick to deploy. Furthermore, the installation of a solar farm does not harm the land area it sits on. This is a home grown asset with immense potential, a vital part of the nation’s energy mix. Both the public and businesses are calling for it.”

Following the announcement of the report’s findings, UN Secretary General Ban Ki-Moon announced the UN’s plan to convene a climate summit ‘at the highest level’ in September 2014.