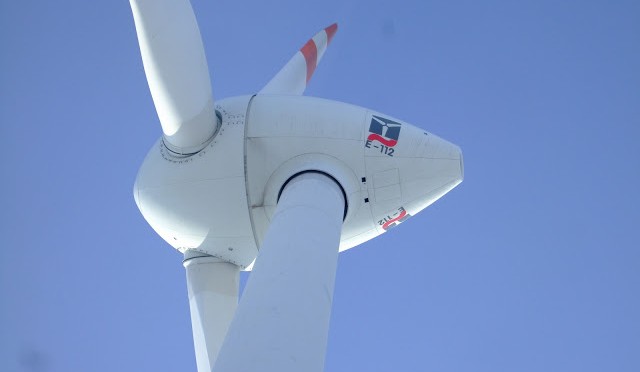 The Templederry Community Wind Farm, which was first envisioned in 1999, Monday began producing green electricity and selling it into the national grid system operated by EirGrid.

It produces about 15 gigawatt-hours of power per year, sufficient for 3,500 homes in the city of Nenagh.

Common in Germany and Denmark, community-owned wind farms are rare elsewhere in Europe, and Rabbitte said the Templederry effort could help set an example for the idea Ireland and elsewhere.

The project, he said, “demonstrates the potential of local communities to harness their own local resources for their own benefit as well as contributing to important national goals — Ireland has signed up to demanding commitments at EU-level and beyond as to the use of green energy in our overall energy mix.”

The Templederry project, he added, is “a template for the future and I fully expect to see many more of these community-led projects, where local people seize the initiative in powering Ireland for the 21st century.”

The project has 32 community shareholders from all walks of life, including a parish priest, its backers say.

“Developing wind farms is a real challenge for any small organization,” he said. “Costly studies and consultants are often a barrier to communities and farmers. A new model like Templederry is needed.

“In Denmark and Germany most wind farms have an aspect of community ownership. Even if it is only 10 percent, it is still vital. The key challenge in Ireland is to engage communities in ownership or co ownership of wind developments.”

Besides erecting the tower and installing the machine, Enercon says it was also in charge of managing the foundation work as well as part of the electrical installation of the project.

Since the Templederry project was handed over to the local agency in December, it has already achieved an excellent yield in the first few months of operation due to the “outstanding wind conditions” at the site.

The Tipperary site is rated Class I, meaning turbines installed there should be able to withstand annual gusts of 115 mph and 50-year gusts of 154 mph.

Robin Borgert, Enercon’s regional manager for Northern Europe, said the company hopes the wind farm will serve as a “launching pad for other projects of this kind.

“This community-owned wind farm could be a trailblazer for Ireland,” he said.