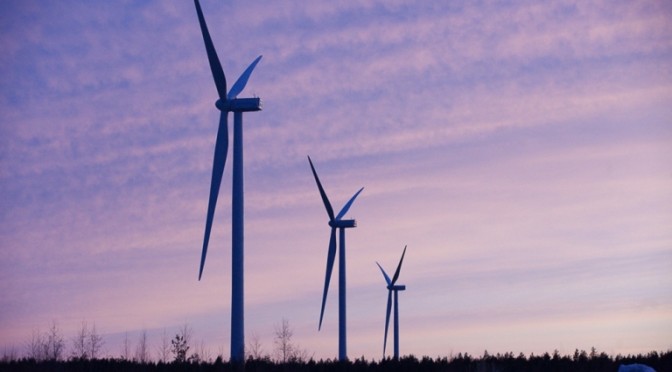 Norwegian-Estonian company ‘Nelja Energia’ won in Lithuanian the state procurement for building a 60 MW wind farm in the Šilut? district near the Kaliningrad region border, The Baltic Business News informs.

The start of building the Šilut? wind energy plant is planned for the next year and it will cost an estimated over 100 million euros, of which around two thirds is formed by the cost of the wind turbines and the rest by general construction and infrastructure. The electricity of the Šilut? wind turbines will cost 6.95 cents/kwh. In Estonia it is around 10 cents. The completion date is at the end of 2015.

‘Nelja Energia’ board chairman Martin Kruus said that such a fall of wind electricity price is enabled by the constantly developing technology as increased rotor diameter and pole height increases production and cuts costs.

At the contest, in addition to ‘Nelja Energia AS’ subsidiary ‘Šilut? Vejo Projektai’, there were five more bidders.

“We have today four wind farms in Lithuania, producing a total of 80MW and we are very much satisfied with the cooperation there at state and local level. Thus we made a strong effort to be successful at the auction with the Šilut? project,” said Kruus.